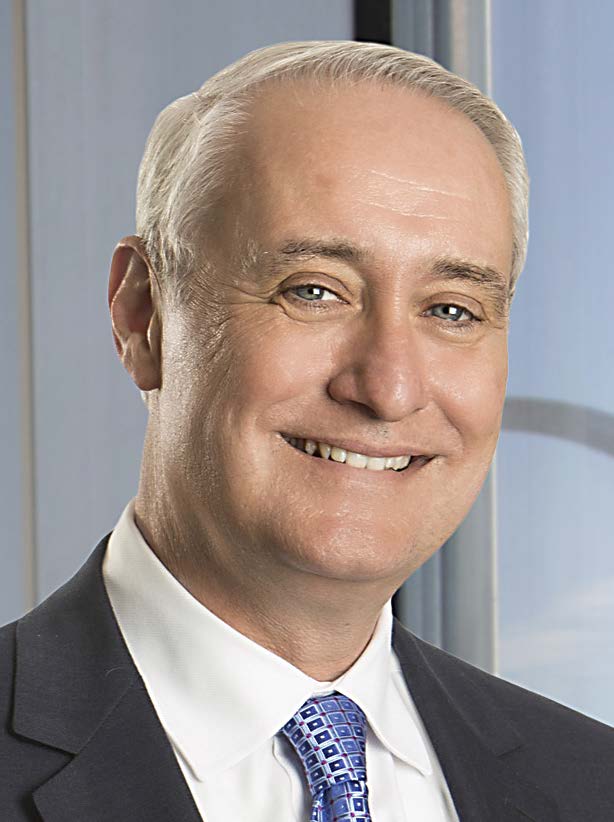 Robert Bassett was an undergraduate at Murray State University in Kentucky when he called his uncle and asked him what he should do after graduation.
His uncle taught at the University of San Francisco School of Law and told him that law school provided interesting insight into the human condition.
“My Uncle Bill inspired me to go into law,” Bassett says.
After receiving his bachelor’s degree in political science in 1983, he attended Washington University School of Law and received his law degree in 1986.
“I like interacting with people,” he said, adding that part of his job is being a psychologist and counselor. It’s important to get to know your clients so that you can meet their needs.
He enjoys defense work. After his second year in law school, he interned with a trial practice firm in Belleville and found public speaking to be a frightening experience.
“Being a trial lawyer was not first on my list,” he said.
During his internship, he tried to emulate the styles of the attorneys he worked with. One day one of the attorneys took him aside and gave him a piece of advice that he remembers to this day: “Don’t think you have to be just like them to be a success. Be who you are. Be yourself.”
After graduation, he worked as a defense professional for five years before joining Anheuser-Busch, where he managed product liability litigation. He later worked with a Belleville firm and joined Williams Venker & Sanders in 2010, where he focuses on product liability and transportation litigation.
A Belleville native, he said his parents were a big influence in his life. They emphasized academics and instilled a strong work ethic. Family came first, and he is still close to his brothers and sister.
He and his wife live in St. Louis and they have three sons and two stepchildren. He enjoys mentoring young attorneys in the firm and spending time with them. They are the future leaders and he wants them to have the same great experiences that he’s had during his 30-year career.
Community service is also very important to him.
“It’s a privilege and an honor to be an attorney and it’s your duty to your community to make it better,” he said. He is active with Operation Food Search, which provides food to the hungry among other organizations.
“It’s important to be active,” he said. “Everybody that touches our lives adds something to it.”