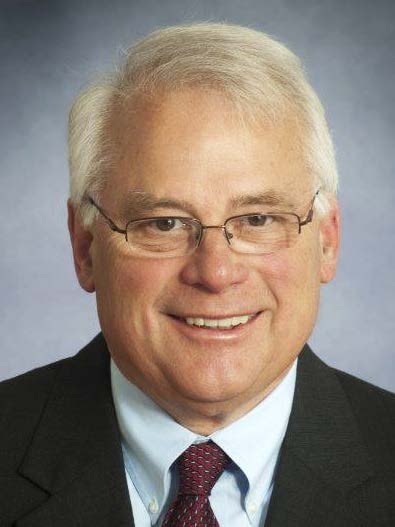 For more than 85 years Reed, Armstrong, Mudge & Morrissey PC has enjoyed an exceptional reputation in the defense of civil litigation. Third-generation attorney Stephen C. Mudge has contributed to that reputation for more than 35 years.
The Mudge family’s history of practicing law began with Mudge’s grandfather in 1902. He served as a judge from 1932 to 1947. Mudge’s father, an uncle, and his stepfather were also attorneys. Following in their footsteps were Steve and his brother Bill, who is currently a circuit judge. Steve is the father of two sons who are undecided about carrying on the tradition – for now.
Born and raised in Edwardsville, Mudge graduated from St. Ambrose University in Davenport, Iowa, followed by Saint Louis University School of Law. After passing the bar, he spent three years as an assistant state’s attorney in Madison County. He left that position for private practice with Reed Armstrong in 1980 and has been there ever since.
Reed Armstrong employs 25 people, including 11 attorneys and six paralegals. Their specialty is the defense of personal injury and property damage actions. Mudge explains that they have no desire to become a “mega-firm.” He feels strongly that quality can be sacrificed when a firm becomes too large and their size helps them maintain their high standards. The firm takes pride in a loyal client base that appreciates their deep roots in the community.
In representing clients, much of Reed Armstrong’s efforts are spent in finding out the true extent of injuries and damages and establishing results that are fair and realistic.
“The process of discovery and finding proof of what’s really happened is essential,” says Mudge. “The most satisfying part of my job is leaving a client with a feeling of confidence that they have been treated fairly by the judicial system.”
While some cases are settled, Reed Armstrong takes its cases to trial more often than many firms.
“We work every case as if it will go to trial from the start. We are confident in our work and aren’t afraid of standing up in court and letting the chips fall where they may. In doing so, we have achieved tremendous results.”
When not practicing law, Mudge enjoys spending time working on a farm near Highland where his ancestors settled in the 1830s. Whether at work or at play, the Mudge family legacy remains central to his life.