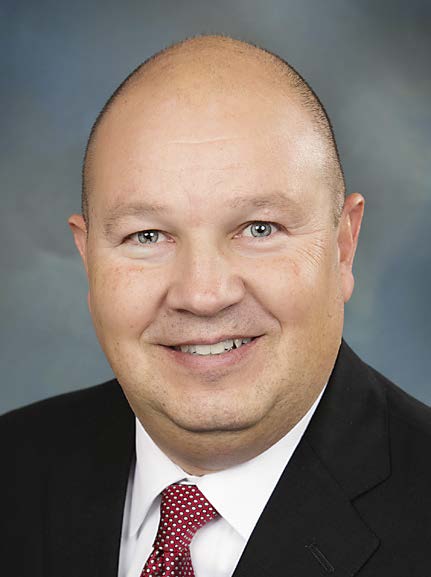 For nearly 24 years, Jon Allard Jr. had a passion for criminal law. Right after law school at Saint Louis University, he joined the St. Clair County’s Public Defender’s Office, trying more than 40 jury trials in his first four years. He then spent almost 20 years on the other side of the aisle with the St. Clair County States Attorney’s Office, prosecuting hundreds of murders and violent crimes and serving as chief of administration.
“I loved my job and it felt good serving the community,” says Allard. “But when I turned 50 I decided it was time for a new adventure.”
In discussing how to translate his experience and skill set to the private sector with longtime friend John Kurowski, they found a solution that would benefit both of them. Allard joined Kurowski’s firm and helped establish their Internal Investigations and Compliance Practice Group.
Kurowski Shultz is one of the largest law firms serving Southwestern Illinois and the St. Louis region. It focuses on corporate defense in matters including product liability, commercial litigation and government affairs.
“Historically, they had done a lot of investigative work for corporations and schools, but they never had a formalized practice group,” he said.
Allard is the practice group leader for the new division. Along with other former prosecutors and defense attorneys, he now applies his investigative skills to an institutional setting rather than the public sector.
As Allard explains, everchanging government regulation has complicated the operations of businesses and institutions in major ways. Where companies and schools could once handle complaints about discrimination or harassment internally, that is no longer the case. Especially in the case of schools, Allard explains, “They are educators, not investigators.” Accusations of non-compliance with laws such as Title IX expose schools to government sanctions and litigation. Today’s best practice is to outsource investigations to impartial and experienced professionals such as Kurowski Shultz.
“Over my career, my work with federal and state task forces and the Major Case Squad allowed me to build a network of some of the top law enforcement officers in the country,” he said. The connections include former FBI and state police agents and provide the practice group with an elite team of investigators and attorneys.
Allard still lives in his native Belleville. He has spent most of his free time over the past two decades as a proud spectator at his three children’s sporting events.