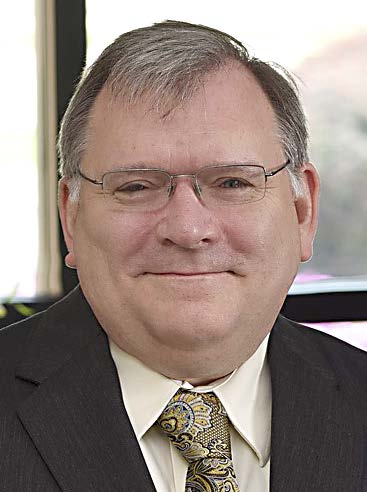 After growing up in rural Port Byron, Ill., population 900, Donald K. Schoemaker likes living and working in the Metro East. It has a small-town feel, but it’s close to all that St. Louis has to offer.
He feels the same about his career at the Belleville branch of Greensfelder, Hemker & Gale, P.C.
“I get to practice with very good attorneys in a reasonably sized firm of 15, but have 150 attorneys backing me up. It’s the best of both worlds,” he says. Greensfelder is based in St. Louis where it employs 125 attorneys. An additional 18 work at its Chicago office.
Schoemaker attended U of I at Urbana-Champaign, followed by the SIU School of Law in Carbondale, thanks to a scholarship. He wanted to practice law in a challenging environment, and a professor pointed him toward Southwestern Illinois.
“This region has some of the best trial lawyers in the country,” says Schoemaker. He interned at a law firm in Belleville and has been in the area since.
Schoemaker had planned to practice traditional business law.
“Where I grew up the lawyer would come to his local office a few days a week to do wills, trusts, and land deals. I had no idea how big law firms really were,” he said. A college internship with the Judge Advocate General’s Corps had him shadowing a trial attorney.
“I found litigation fascinating,” he recalls. “When I got a job, the firm needed me more on their litigation side. Not only did I enjoy it, I found out I was good at it.”
In 1995, Schoemaker opened a practice with Donald Weihl. Within two years, they had more work than they could handle and joined a larger firm. The pair moved to Greensfelder on July 4, 1998.
While he still does some work with businesses, his focus is now primarily on health-care litigation and medical malpractice, defending health-care practitioners, who, like plaintiffs, can experience something traumatic and life-changing. Medical professionals who have spent decades building their careers and are proud of what they do are facing circumstances that can endanger their livelihood and their reputation.
“A large part of our job is taking on their problems and their stress,” he said.
To alleviate that stress, Schoemaker likes to read, especially American history and biographies of the Founding Fathers. He has four children and four grandchildren and lives in Shiloh.