The Mannie Jackson Center for the Humanities Foundation announced Friday the honorees for the inaugural Human Spirit Leadership Award.

This year’s recipients, Dr. Dale Chapman, Mark Goldenberg and Herman Shaw, represent a deep commitment to the community and the world around them. The honorees will be recognized Wednesday, Feb. 19, at the MJCHF Annual Distinguished Leadership Dinner, to be held on the campus of Southern Illinois University Edwardsville.

“The Mannie Jackson Center for Humanities Foundation is proud to recognize these unique individuals for the positive impact they have had on a local, national and global scale,” said Mannie Jackson, founding president of the Mannie Jackson Center for the Humanities Foundation. “The Human Spirit Leadership Award is an esteemed honor awarded to those with the highest level of dedication to using their platforms and resources to make an impact in the lives of others.”

Established in 2020, the MJCHF Human Spirit Leadership Award honors individuals who have committed their time, talent and resources to be a contributing leader who values developing an understanding of others. Recipients must reflect the values of Mannie Jackson’s life-long mission to overcome obstacles and challenge the status quo.

“We are recognizing great leaders who are doing extraordinary things,” Jackson said. “I am proud to say each of these winners do positive things for humankind.”

Jackson has served as a positive example and role model to his peers. A former star for the Harlem Globetrotters, Jackson served as an executive vice president, Global Marketing & Administration, at Honeywell Inc. during the 1980s and early 1990s. In addition, he saved the Globetrotters from near extinction in 1993 when he purchased the team. In doing so, he became the first African-American owner of a major international sports and entertainment organization. In a short period of time, Jackson revived the organization and led the Globetrotters to record attendance and revenue growth. Under his watch, the Globetrotters’ charitable contributions totaled over $15 million, and in 2002, the Jackson-led Harlem Globetrotters were elected into the Naismith Memorial Basketball Hall of Fame. Jackson, himself a former chairman of the Hall of Fame, was personally enshrined for the second time in 2017.

In 2012, Jackson penned his bestselling autobiography, “Boxcar to Boardrooms,” and continues to donate generously to numerous causes including the University of Illinois, South African youth funds, cancer research and the Basketball Hall of Fame. He is also active in promoting the mission of the Mannie Jackson Center for the Humanities Foundation, located in his hometown Edwardsville, Illinois, while serving as the foundation’s founder, as well as being a dedicated donor.

Dr. Dale T. Chapman – Dr. Dale Chapman served as the president Lewis and Clark Community College from 1992 – 2019. During his nearly three-decade tenure as president, the enrollment and academic programs at the college more than quadrupled. Dr. Chapman acquired capital funds and oversaw the construction of major capital projects totaling more than $250 million. His oversight of both renovated and new buildings, as well as an on-campus botanic and sculpture garden, helped establish Lewis and Clark’s reputation as one of the most beautiful community colleges in the nation. Dr. Chapman has received numerous awards, including the lifetime achievement award of the Alton chapter of the NAACP, the Albert Cassens Award for Community Achievement, Citizen of the Year Award from the Louis and Clark council of the Boy Scouts of America, and the U.S. Water Prize. Dr. Chapman is a Kellogg Fellow and received his doctorate from Harvard. He has chaired or served on more than 20 regional, state and national boards. He currently serves as the Executive Director of the Lewis and Clark Foundation and is formerly the Board Treasurer for the Mannie Jackson Center for the Humanities Foundation.

Mark Goldenberg – Mark Goldenberg is the Managing Partner of Goldenberg Heller & Antognoli, P.C.  Mark is married to Bonnie Goldenberg. They have two children, Mitch and Sam, and five grandchildren. Mark was born and raised in East St. Louis, graduated East St. Louis Senior High School and obtained an accounting degree and a law degree from the University of Illinois. Bonnie, Mitch and Sam are also graduates of the University of Illinois. To this day, Mark and Bonnie maintain a strong bond with the University of Illinois. Mark focuses his practice on Estate Planning, Tax Law and Commercial and Transactional Law. Mark gives generously of his time, talent and expertise in guiding the foundation and being a leader with ethics and values that are second to none. Mark is an active and dedicated member of the Mannie Jackson Center for the Humanities Foundation Board of Directors.

Herman Shaw – Herman Shaw has lived in the Edwardsville community for over 75 years. Before retiring in 2000, he worked as Assistant Principal at University City High School for 32 years and has always been passionate about helping students get an education. Shaw is one of the founding members of the Lincoln School Alumni Association, which was started in 1986 by a group of former students (alumni) of the original Lincoln School in Edwardsville, where the Mannie Jackson Center sits today  Under his leadership, having served as president for 34 years, the organization has grown tremendously, raising funds to assist School District 7, giving education grants, assisting families in need, as well as supporting the efforts of other non-profit organizations. In 1996, Shaw was honored by the SIUE Black Student Association and in 1997, the City of Edwardsville presented him with The Heart of the City Award for promoting equality among minorities. The Glen-Ed Chamber of Commerce honored Mr. Shaw with the Albert Cassens Award in 2002 and the Edwardsville School District honored him in 2010 and 2015 for his work through the Lincoln School Foundation that provided support to the District 7 students.

About the Mannie Jackson Center for Humanities Foundation

Located in Edwardsville, Illinois, the city where Mannie Jackson grew up, the Mannie Jackson Center for the Humanities Foundation is an independent non-profit 501(c)(3) organization dedicated to being the connection that provides resources that educate, inspire and transform the way leaders think through the humanities. MJCHF does this by promoting the values dignity, respect, forgiveness, understanding and collaboration. For more information on the Mannie Jackson Center for Humanities Foundation, its accomplishments and events, visit www.mjcjf.org, or call (618) 655-2881. 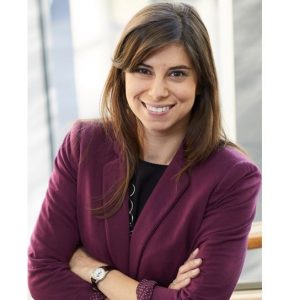 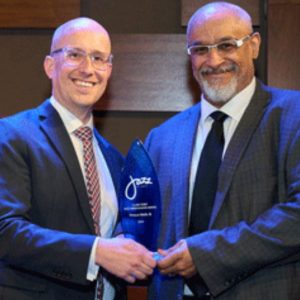 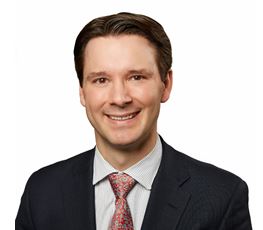 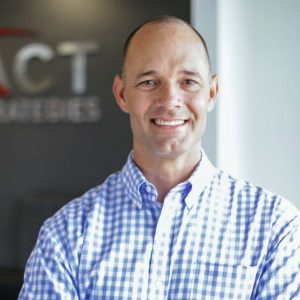 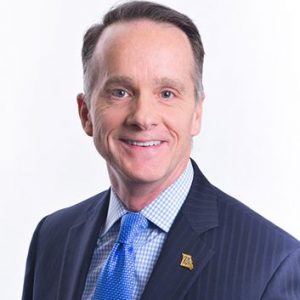