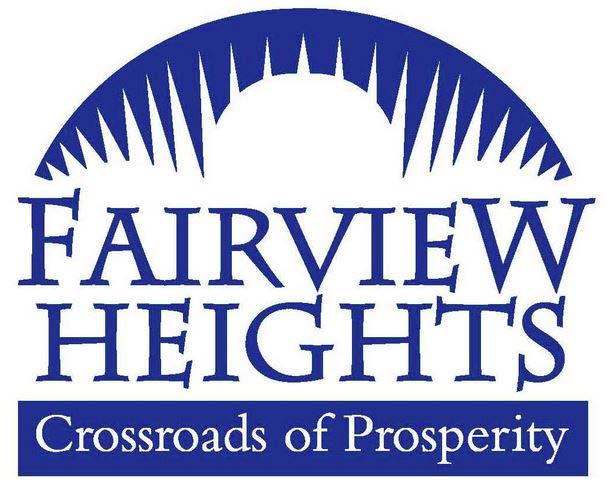 By DENNIS GRUBAUGH
Even as it closes in on the ripe old age of 50, Fairview Heights is being recognized for modern thinking.
A business assistance program sponsored by the city was honored this year by the American Planning Association St. Louis Metro Section.
The group is made up of planners on both sides of the river who appreciate what communities are doing to attract new business development and growth, stimulate residential and industrial development and assist existing firms, said Paul Ellis, economic development director of Fairview Heights, who has been on the job going on eight months and served recent, similar stints in Jacksonville and Columbia.
“We were asked to apply. And it is competitive. (Former economic development director) Mike Malloy started this when he was in Belleville and brought in to Fairview Heights. I inherited it.”
The program is grant funded, fueled by the city’s six tax increment financing districts. Incentives also include a business development program, a façade and site improvement program, a business district and an economic incentive agreement — essentially a sales tax rebate.
“We don’t have people do things just because there are incentives, but we certainly have the incentives to do the things we would like to have done,” Ellis said. “It’s been a great system for redeveloping our retail areas and filling vacancies.”
The idea, of course, is to build the tax base and provide job opportunities, Ellis said.
The city more recently used funds from the program to help develop the Fairview City Centre, a shopping complex along Illinois Route 159 that now houses Fresh Thyme and HomeGoods locations and several other major tenants.
Near that center the city is planning a $5 million rebuild of public areas such as streets and sidewalks, as part of its Business Assistance Program.
“Down Lincoln Trail, we are putting in sidewalks, bus shelters, and assisting people redoing their buildings and expanding,” Ellis said. “All of that is part of the program.”
It’s important not to forget older commercial areas, he said.
“It’s either a vicious circle or a vicious cycle,” he said of the necessary pattern of renewal. “And we’re all together on it.”
Under the façade redevelopment aspect, Ellis said he recently added a new twist.
“I offered this to all the bankers in the area, and I got five commercial bankers in here to train them on how to fill out our application, and what we are looking for. And what kind of financial analysis we needed.”
Ellis said he recognized small-business owners were having a tough time on the applications.
“They have viable businesses but they are not accountants. They get the application and get stuck. They are not quite sure how to put the numbers together,” he said. “I can help them with that, but the bankers are better than I am, quite frankly.”
McKay-Napa Auto Parts on Lincoln Trail also recently took advantage of the program. The business was doing well and wanted to buy the building next door.
“We helped them with that. They made some improvements,” he said.
The program requires participants to follow a checklist that ensures improvements are made in a manner that’s consistent with other properties.
“We’re trying to encourage businesses that are doing well to take the next step and that’s usually by expanding. McKay did a half-million-dollar renovation and got $75,000 in grant money from the city program,” Ellis said.
Other communities have called to ask about how the program is administered, evidence of the success the program is enjoying, Ellis said.
The program has also been used to help St. Clair Square, the very center around which Fairview Heights began to boom in the 1970s.
The mall recently touted the fact that its occupancy rate of 91 percent is above the national average and announced three new stores and the doubling in size of a popular boutique.
The new options include the expansion of Victoria’s Secret PINK, the opening of La Senza, an international fashion lingerie store, a new concept from Build-A-Bear Workshop and All Star Kutz hair salon.
PINK is shop for women, is undergoing a 3,000-square-foot expansion slated to be complete in early fall.
La Senza, which offers affordable fashion lingerie, should be open in the fall on the upper level near JC Penney.  The St. Clair Square location will be among more than 340 of these chic boutiques around the world.
Build-A-Bear Workshop is introducing its newest shopping concept to the area, an interactive kiosk, exclusively at St. Clair Square. A user-friendly approach allows children to select a furry animal and choose all the options and accessories. The new outlet will replace the existing store location.
All Star Kutz is near Dillard’s on the upper level. Mall officials say it is reminiscent of “old school” barbershops for boys and men.
St. Clair Square is owned and managed by CBL Properties and includes over 140 specialty stores.
The mall announced recently that an H&M store is to become a new anchor. H&M is a multinational chain that offers fashion clothing for men, women and children.
“The mall is doing great,” said Ellis. “H&M becoming an anchor is a big deal.”
Many people who visit see darkened storefronts, not realizing that some of the space is being shifted to make way for the new anchor. The mall, built in the 1970s is renovating as are many others of that age, despite so many malls losing strength to online shopping.
“They are the second-busiest mall in the region. We get shoppers from multiple counties,” he said.

Poettker: No place like home to construct new headquarters