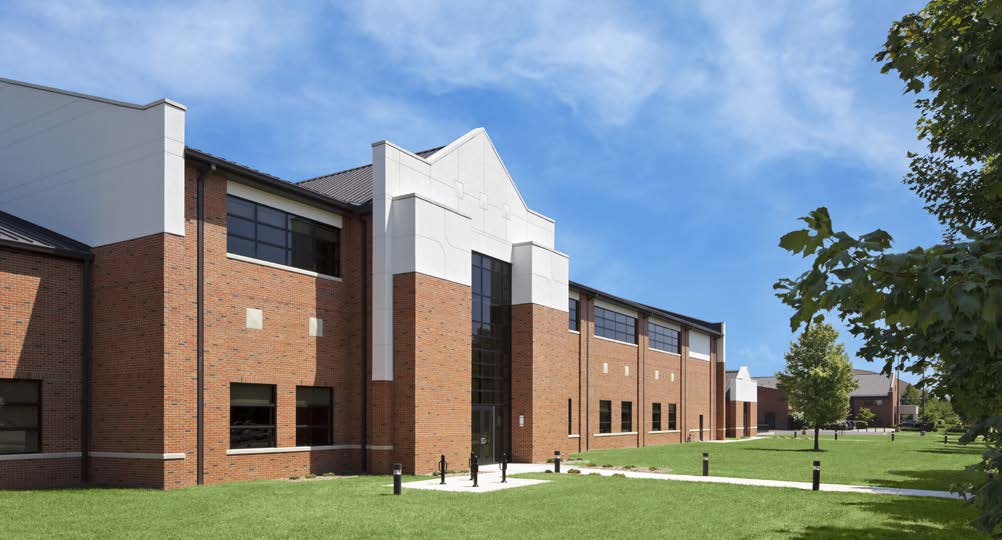 Scott Air Force Base, celebrating its 100th anniversary in 2017, is not only a major player in the global efforts of the U.S. Air Force, but it has forged a strong and prosperous relationship with the surrounding communities.
Older than the Air Force itself, which turns 70 this year, Scott AFB began as Scott Field on Sept. 2, 1917. It was designated as an Air Base in 1948, and has become the largest employer in Southern Illinois and the fourth-largest employer in the St. Louis Metro area.
Because Scott AFB is vital to multiple local and global Air Force functions, it recruited Woolpert — a national architecture, engineering and geospatial firm — to provide support for key tenants.
One of these tenants is the United States Transportation Command, or USTRANSCOM, which coordinates all worldwide logistics in support of the U.S. Air Force. Woolpert provided full design services and building information modeling to create the USTRANSCOM’s Logistics Support Center.
This two-story, 34,000-square-foot building serves as a central location for managing supply chain support for the Air Force. Built in response to the 2005 Base Realignment and Closure, it has resulted in an increase in workload at Scott AFB and 164 additional positions. This strengthened the base’s role in the Air Force and in the community, where it contributes a regional economic impact of $3.5 billion annually.
The base also worked with Woolpert when adopting the Installation Complex Encroachment Management Action Plan, or ICEMAP. This internal Air Force document is designed to identify encroachment challenges and the resources needed to prevent, mitigate and manage those challenges.
Scott AFB and Woolpert enlisted the help of the community in the development of ICEMAP, conducting meetings and interviews with local government and non-government agencies.
These meetings helped the base gain perspective related to the community’s encroachment concerns and fostered discussion of future development at the base and in the surrounding area.
By continuing to build on its global viability and employment opportunities and by establishing an open dialogue with the community, Scott AFB’s investments continue to benefit it and the region.

Once endangered, Scott Air Force Base thrives under base realignment process