IBJ: Scott Air Force Base is celebrating its 100th anniversary this year. That’s quite an accomplishment but it seems that it has really flourished through the Base Realignment and Closure process over the last 30 years or so. I’ve heard that early on in that process Scott was under threat of closure. Is that accurate? 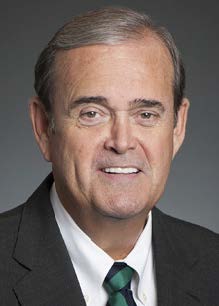 Costello: Scott Air Force Base was on my priority list, and it was over the entire time I was in Congress. I think it was 1993 when I called together the county board chairmen and several of the mayors from the communities around Scott Air Force base and told them that in the upcoming Base Realignment and Closure process I had very good reason to believe that Scott could, in fact, be on the closure list.

IBJ: Why would Scott be on the closure list?

IBJ: So, Scott dodged a bullet in that BRAC. What happened subsequently?

Costello: I rallied the troops. I told them that we needed to come together as a region. St. Louis and the entire region needed to be aware of this situation; we needed to identify the deficiencies based upon the criteria that was being used and to start a campaign to address those deficiencies. Secondly, we needed to try to bring additional missions to Scott in the future. And the third thing — and probably most important thing in addition to community support — is that we needed to get the criteria changed in the next BRAC.

IBJ: How would you go about getting the criteria changed?

Costello: It wasn’t easy but we got it done. We were able to remove the priority that was given to flying missions because we made the case that there are bases that are extremely important to the Air Force based upon factors other than flying missions. And then, after we got to the 2005 BRAC, we were able to convince the Air Force as well that you do not want to take all your assets and put them in one place.

IBJ: Was Scott relatively safe after that?

Costello: No. There was talk of closing Scott Air Force Base within the Pentagon leading up to the 2005 BRAC. Some people in the Pentagon thought, ‘It’s just brick and mortar; we don’t have flying missions there. Consequently, we can put those buildings any place and operate the Air Mobility and TRANSCOM anywhere.’ They figured all they needed to do was build a building and move the employees. They planned to combine it with Andrews Air Force Base in Washington, D.C., but we were able to stop that. We were able to point out to them that, in the aftermath of 9/11, that it was not smart to have the Air Mobility Command and Transportation Command — all of your assets — in one location. If there was another terrorist attack, you would want your command centers away from Washington, D.C., not make them a target in the nation’s capital.

IBJ: Was the 2005 BRAC particularly significant?

Costello: We did a lot of things in the 2005 BRAC as well as moving forward. We were able to bring new missions to the base. We were able to bring the 932nd Airlift Wing. They were going to take the 932nd Airlift Wing, decommission it and take it out of service. We were able to convince the Air Force not only to keep the mission here but also to add new airplanes to replace the C9s and make that mission a multiwing mission so that it not only did medivac during wartime and peacetime but also there were other missions that that wing could perform for the Air Force and for the military. We saved about 1,100 jobs by doing that.
Then, we were able to convince them to bring the 126th Air Refueling Wing to Scott. The 126th is an Air Force Guard Wing that was located at O’Hare International Airport in Chicago. The city of Chicago needed the space at O’Hare and wanted to move the 126th elsewhere. There were a couple of locations that were vying for it and the city of Chicago said, ‘If you put up all of the money to move it — about $100 million — then we’ll transfer it to your airport. But, we were able to have language inserted in the final BRAC, authorizing the move to Scott at the cost to the city of Chicago. The city couldn’t basically auction it off to the highest bidder. The BRAC said, “You can transfer it to Scott Air Force Base and only Scott Air Force Base and the city of Chicago has to pay for it.” So, it was a major coup. It brought us another flying mission in addition to the small Gulfstream aircraft that was there and also the C9s.
Then we we’re able to convince the Department of Defense to bring the Surface Deployment and Distribution Command to Scott in the 2005 BRAC as well. It’s the army equivalent of the Air Mobility Command. It moved to Scott Air Force Base from two different locations out east and made it a part of TRANSCOM. TRANSCOM was the Air Force command and SCDC was the Army command. We were able to convince the Department of Defense to combine them by arguing that it did not make sense to have the Air Force and the Army doing the same thing for strictly their branches of service. They should bring them together under one roof and, when anything needs to be moved in the Army or the Air Force, it can be done from one location working side by side. That created another thousand plus jobs that we were able to bring to Scott Air Force Base.

IBJ: It strikes me that this effort to protect and nurture Scott Air Force Base has been a model of community action, working together to achieve a shared goal.

Costello: That is exactly right. And it shows what we can accomplish when people come together and put their partisan views aside and think about what’s best for the area, the region and the people in our area. It truly is a success story. From that day that I was alerted that Scott was in trouble, we were on a mission. The community came together — units of local government, the business community, the leadership, all of the chambers and both counties — came together in this area. It was a unified effort and we had great support from our congressional delegation. I’m very proud of the work that we were able to do and the accomplishments that we made over that period of time. We went to work to maintain what we had at the base and to look for other missions to bring to Scott Air Force Base not only to create jobs and help the local economy but also to protect the base for the future.

IBJ: Did the development of Mid-America Airport play a role in Scott’s success?

Costello: Let’s put it this way. When I chaired the House Aviation Subcommittee, Gen. Duncan McNabb testified before my subcommittee about the civilian air program that in the event that we go to war civilian airlines have an agreement with the federal government that it will take some of their commercial aircraft out of service to fly soldiers. The general is now retired but he did four or five tours at Scott and was the commander of USTRANSCOM. When he was testifying he was asked by one of the committee members, Jim Oberstar from Minnesota, if Scott used Mid-America. The general said, “Number one, we do. And number two is if it wasn’t for Mid-America airport being built and the long runway that was built when they built the airport, I have no doubt that Scott Air Force Base could very well be closed today. 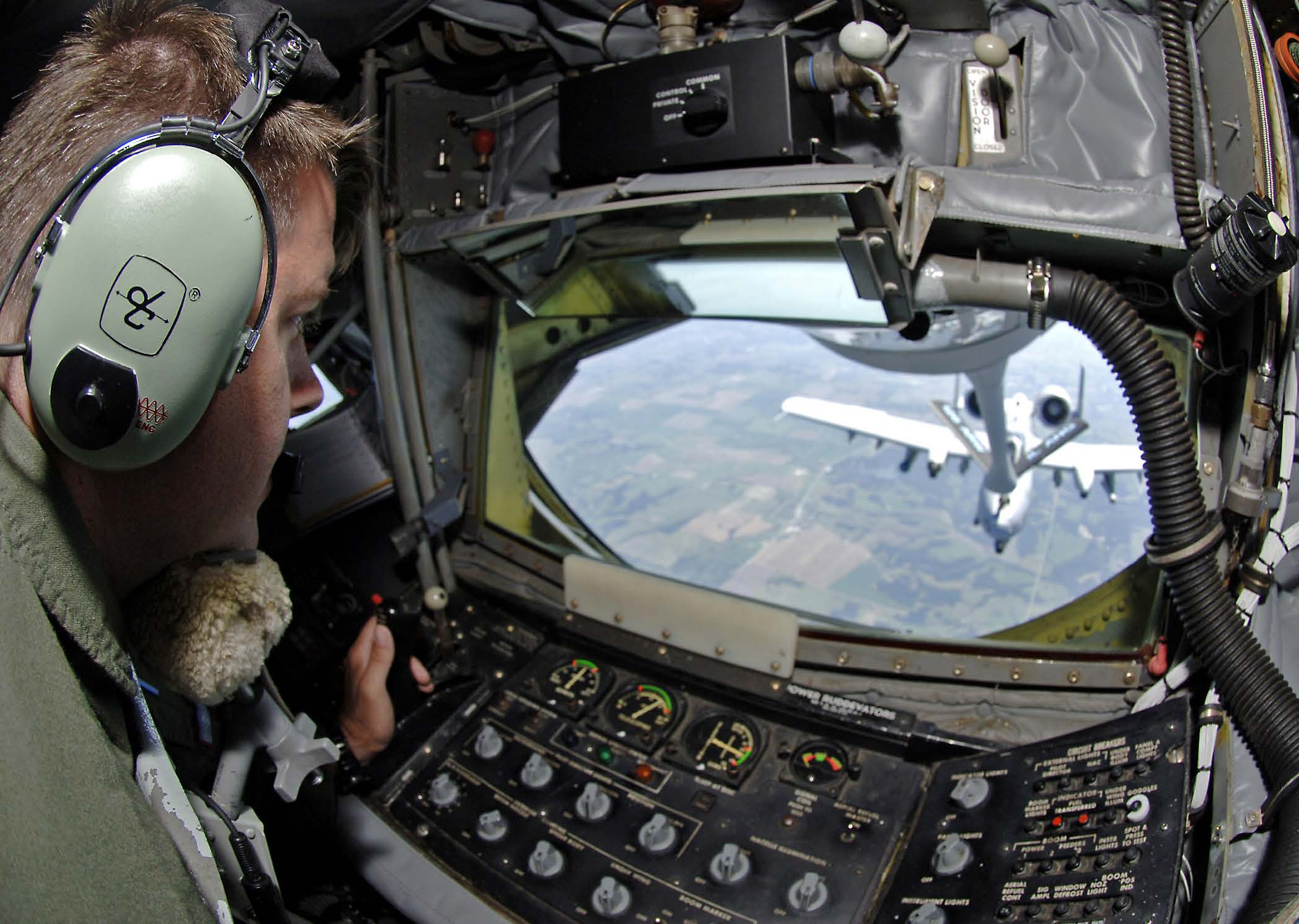