By ALAN J. ORTBALS
The economic activity generated by Scott Air Force Base exceeds $4 billion annually, according to a study released by the Office of the Illinois Lieutenant Governor in November 2014. 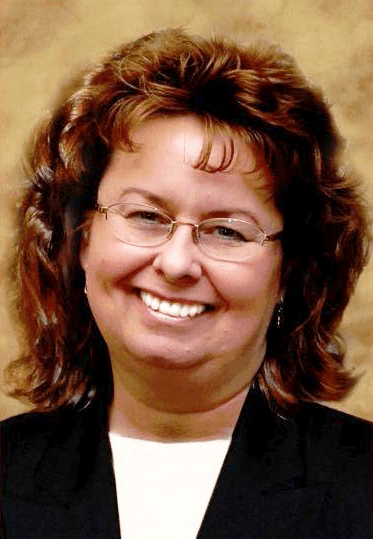 The report, Illinois Military Base and Defense Industry Assets Economic Impact Study: State and Regional Analyses, was conducted by the Center for Governmental Studies at Northern Illinois University. That $4 billion figure was based on FY2013 employment data. Scott has grown since then.
“We have increased civilian jobs,” said Col. Laura Lenderman, commander of the 375th Air Mobility Wing. “Right now, we have 7,000 active duty, 1,500 Air Force reserves, 900 Air National Guard, and 3,200 civilians. We support 8,200 family members in the region and 26,000 retired military. So, in general, we say over 46,000 people call SAFB home in terms of using the installation for active duty, guard, reserve, retiree or civilians.”
And the economic impact is not restricted to the Illinois side of the metro area. The study concluded that the base supported 9,854 jobs on the Missouri side of the river with a total income of $890 million and it contributed $847 million to Missouri’s GDP.
“Scott Air Force Base is incredibly important to the local economy from so many perspectives,” said Ronda Sauget, executive director of the Leadership Council Southwestern Illinois. “It’s not just the number of military and civilian personnel employed at the base and all the money that they spend on everything from homes to phones. It’s also the phenomenal opportunities for growth in some of the highest career fields like cyber 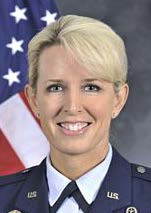 security. If you build that work force, other companies will come here because the work force expertise is clustered here. There are exciting things going on with the cyber space command at Scott.”
Lenderman agrees. “In 2015-16 we officially set up a private-public partnership with the local community called the Midwest Cyber Center of Excellence,” she said. “We have a developing cyber mission here at Scott. We have the 688th Cyber Operations Group that came in late 2015. We have the DISA (Defense Information Systems Agency), AFNIC (the Air Force Network Integration Center), the Cyber Squadron, the Cyber Operations Group and then our own responsibilities here at the wing to provide support to all the wings that are performing global missions around the world.”
DISA provides, operates and assures command and control and information-sharing capabilities and a globally accessible enterprise information infrastructure in direct support to joint warfighters, national level leaders, and other mission and coalition partners across the full spectrum of military operations. The Air Force Network Integration Center is the Air Force’s premier organization for Air Force Network integration, cyber simulation, and network standards, architecture and engineering services.
The Cyber Squadron and the Cyber Operations Group monitor for attacks on the nation’s computer networks, identify hackers, stop the attacks and repair the damage. In addition, the protection squads conduct “penetration testing.” They pretend to be hackers and try to break into the military, Pentagon or other national computer systems.
Lenderman said that the base is also partnering with the regional business owners and universities to build a community that provides certifications and jobs and set up networking opportunities.
“Part of it is inspiring young people to go into these fields,” Lenderman said. “It starts at a relatively young age. I decided I wanted to go into the Air Force when I was 12. By the time you are in high school your experience is being shaped. We are trying to inspire folks at a junior high and middle school age to prepare. We had our first STEM day here and hosted 350 middle schoolers. It’s not just computers. It also involves the medical community, the flying community, civil engineers and analysts. Science, technology and computers are in just about every career field today.”
These operations at Scott offer a ready-made pipeline of cyber professionals when they exit the military and seek civilian employment. In an effort to maximize the utilization of that workforce, the Leadership Council works with the Airman and Family Readiness Center at Scott that assists those exiting the service and their families to find employment.
“We are out there talking about the manufacture, craft your future and the cyber security opportunities,” Sauget said. “We can develop the entire area based on those clusters and our economic power zones. We want each of our university’s programs to fit the areas we hope to grow. By linking all of that it makes it easy for the airmen. In April we are hosting a spring networking event with 75-100 transitioning airmen and about 20 companies. It will be held at the Southern Illinois Builders Association in O’Fallon. We are only inviting employers who have sustainable jobs that are available with salaries over $40,000.”
The Leadership Council is also working with McKendree University, which is providing interns to help manage these events.
“We want to make it smooth and easy to connect with major employers,” Sauget said, “because we want the airmen to stay here.”

Once endangered, Scott Air Force Base thrives under base realignment process