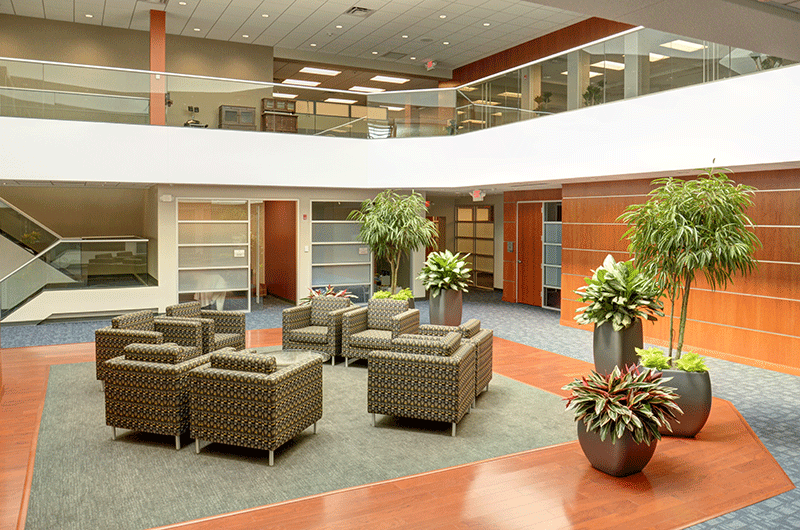 When the American Association of Orthodontists planned to reorganize its departments to create a more efficient workflow in its aging facility, the association called upon The Korte Co. to make it happen.
The association’s decision was easy, as The Korte Co. had just completed a project for the American Board of Orthodontics in the same building, giving the association a firsthand look at Korte’s design-build healthcare construction capabilities.
The Korte Co. met with each department during the programming and design phases. And when the design was complete, Korte provided a budget estimate to be adhered to throughout the project. What seemed like a straightforward 29,817-square-foot construction remodel had a complicated twist: The Orthodontists needed to stay operational throughout construction.
The design-builder implemented a six-phase construction plan to provide the least business disruption for the AAO and its tenants. Temporary partitions for dust and noise control were constructed, and a stringent safety plan was implemented. The interior of the facility needed a cosmetic facelift, but more importantly, the building was brought up to current code and accessibility standards. The existing electrical, mechanical, plumbing, sprinkler and alarm notification systems were evaluated and upgraded as required to meet or exceed current standards.
A new exterior louvered entry system now protects the three-story glass lobby, giving the exterior facade a fresh update while at the same time controlling the harsh early morning sun.