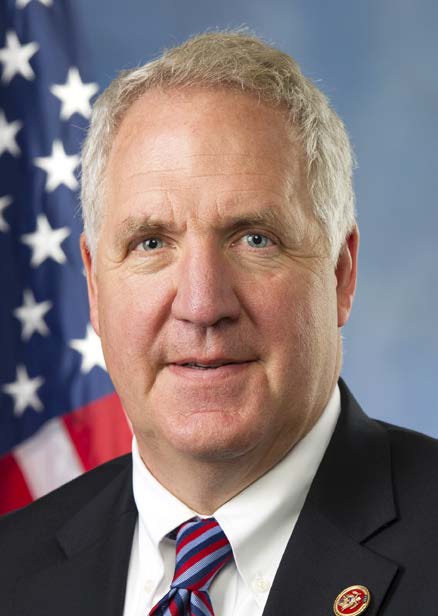 It is an exciting time for our country right now. After six years of divided government, Republicans now have a huge opportunity to fix bad policies of the past that have made life more difficult for many hard-working Americans. The American people gave us this chance to make things right for them, and we cannot fail to deliver.
One of the most important items on the agenda next year is an issue that has roiled Americans since our nation’s founding: taxes. It has been three decades since the federal government last took a comprehensive look at the tax code. In those 30 years, we have seen enormous changes in technology, health care, energy and virtually every other segment of our economy. Congresses and administrations of both parties failed to adapt to these changes, and as a result, our tax code has grown to more than 70,000 pages of complex rules and loopholes. It is so complicated that many Americans pay more money to get help filing their taxes than they actually owe Uncle Sam!
Now is the time for comprehensive tax reform. And the first order of business is to simplify the tax code. In fact, House Republicans have a plan to make it so simple that most Americans will be able to file their taxes on a postcard. Next, we must reduce our 35 percent corporate tax rate, which is well above the world average of 22.5 percent, to keep more companies from leaving the country. Cutting the corporate rate, which can be offset by closings special-interest loopholes, will make it easier for employers to hire new workers and reinvest in their communities. We also must change the way the IRS does business to give taxpayers quality service, privacy, and fairness.
Through these broad, bold reforms we would also have the opportunity to repeal one of the most despised taxes of all: The Death Tax.
The Death Tax, also known as the estate tax or inheritance tax, is currently assessed on property valued at $5.45 million or more. However, House Democrats have proposed lowering that threshold to $3.5 million, and increasing the rate to 45 percent. Secretary Hillary Clinton not only supported that idea, but also argued for increasing the Death Tax rate to as high as 65 percent!
While the original targets of the Death Tax were the personal estates of the wealthiest American families, those hardest hit by the tax are actually America’s farmers. Here’s why: Say your farm is an average size, which according the USDA is 434 acres. According to the 2016 USDA figures, the real estate valuation of that farm in Illinois is about $7,400 per acre, making your average Illinois family farm worth around $3.2 million. So, by simply inheriting an average-sized family farm, you just barely miss the Democrat’s preferred exemption mark for the Death Tax.  And that’s before any additional property you also inherit, like a farm house, gets factored in.
Farmers, and those of us who spend time with them, know that a family farm is worth more than just its assessed property value though. The value of a farm is a product of parents and grandparents who made it their life’s work to grow it and make it successful. The Death Tax, however, makes no distinction between land worked by the same hands for generations and a fortune gained through some speculative Wall Street scheme. The value of a family farm and a Wall Street fortune may be the same to the IRS, but their relative worth to our economy and our communities is certainly not.
Supporters of the Death Tax argue that most farming families can escape the Death Tax altogether by selling off a few acres or by exploiting other loopholes in the tax code. That may be true in some cases, but not without additional costs elsewhere. Parceling out portions of productive farmland reduces future revenue potential, and hiring the necessary tax lawyers and accountants to reduce their tax burden is prohibitively expensive for most families.
In 2017, as Congress takes on the enormous task of rewriting the tax code, we have an opportunity to remove the threat of the Death Tax and all the complex and costly considerations that come with it. If we can kill the Death Tax once and for all, we will give farmers and small-business owners the certainty they need and deserve. And if we can achieve broad tax reform, we will make life better for every American taxpayer.
John Shimkus, R-Collinsville, is a 20-year member of the U.S. House and represents the 15th Congressional District.