No, estate tax should be strengthened, not eliminated 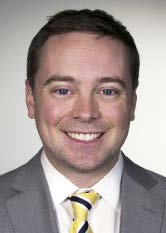 One reason Donald Trump was elected president is that throughout his campaign, Trump did not sound like a typical Republican. He didn’t deliver bland praise to “job creators” — instead he talked about his dream of transforming the Republican Party into a “workers’ party.” Rather than extolling the virtues of free markets, Trump promised tariffs on Chinese goods. And instead of claiming to be “pro-business,” he promised to take on “a global power structure that is responsible for the economic decisions that have robbed our working class, stripped our country of its wealth and put that money into the pockets of a handful of large corporations and political entities.”
This was not your father’s Republican campaign.
But Trump’s campaign is looking like it may turn out to be one of the biggest bait-and-switches in American history. Rather than fighting for the working class, President-elect Trump is loading his administration with Goldman Sachs alumni and preparing to do the bidding of America’s biggest corporations. Trump’s allies in Congress are preparing to enact a set of tax cuts that would massively benefit the top 1 percent while preparing to defund Medicare and Social Security, despite Trump’s vows to preserve these programs.
The best way to tell whether Trump will betray his populist message is whether he repeals the estate tax. The estate tax is a tax on America’s wealthiest heirs and heiresses that is critical for fighting income inequality and helps fund programs Americans rely on such as Social Security and Medicare. Claiming that you are fighting for the working class while repealing the estate tax is the political equivalent of saying you are a Chicago Bears fan while snacking on deep-fried cheese curds in your Aaron Rodgers jersey.
Those who want to eliminate the estate tax often claim that repealing it would turbocharge economic growth. But this is rebutted by both academic studies and past experience: President George W. Bush enacted a massive reduction in the estate tax in 2001, which was followed by six years of anemic wage growth and then the Great Recession.
The big reason why the estate tax reduces income inequality is that it only applies to just two out of every thousand estates—only estates above $5.45 million per person pay any tax at all. And the small number of estates that do owe estate tax only have to pay taxes on the amount that exceeds $5.45 million. An estate worth $5.5 million, for example, would only pay taxes on $50,000—not the entire $5.5 million.
The generous exemption amount combined with several loopholes used by the wealthy results in an extremely low estate tax rate. Among that small sliver of estates that pay any estate taxes, the share of the estate that gets paid in taxes is less than 17 percent. Opponents of the estate tax try to claim that it is unfair to small farms, but just 20 small-farm estates paid any estate tax at all in 2013 according to the non-partisan Tax Policy Center. And those 20 estates farms paid an average tax rate of just 4.9 percent.
At the same time Trump’s allies in Congress are trying to eliminate the estate tax, they are claiming we cannot afford to pay for Social Security and Medicare. Rep. Sam Johnson, R-Texas, who chairs the Social Security Subcommittee in Congress, proposed a bill in December that would raise the retirement age from 67 to 69, reduce the size of retirees’ initial payments, and reduce the size of its cost-of-living adjustments. The result would be that benefits to workers making about $50,000 a year would shrink by as much as 35 percent. House Speaker Paul Ryan, R-Wisc., and Rep. Tom Price, R-Georgia — Trump’s nominee for secretary of Health and Human Services — are pushing a plan to privatize Medicare, saying the program costs too much. You could not devise a bigger betrayal of the country’s working class than cutting Social Security and Medicare in order to fund a tax cut for the top two-tenths of 1 percent.
Rather than eliminating the estate tax, President Trump and Congress need to focus on shoring up Medicare and Social Security by asking the wealthiest Americans pay their fair share of taxes. This means eliminating the loopholes that let big businesses avoid the corporate income tax. It also means limiting the ability of wealthy Americans to use various deductions to reduce their tax bill. And it means strengthening the estate tax rather than eliminating it.
Most Americans dream of buying a house, paying for their children’s college, and scraping together something for retirement — not passing $10 million on to their children. Now, Americans are looking to see whether Donald Trump’s promise to fight for the working class was a real promise or an empty one. What he does with the estate tax will tell them the answer.
Brendan V. Duke is the associate director for Economic Policy at the Center for American Progress.

A measure to allow greater flexibility in granting probation for certain non-violent offenders with no prior conviction for a violent crime took effect this month.
Senate Bill 3164 is part of a bipartisan package of legislative reforms to Illinois’ criminal justice system, and was introduced at the recommendation of the Governor’s Illinois State Commission on Criminal Justice and Sentencing Reform.
The commission was charged with identifying policy changes to reduce recidivism and make significant reductions to the state’s prison population, which had increased by more than 500 percent in the last 40 years.