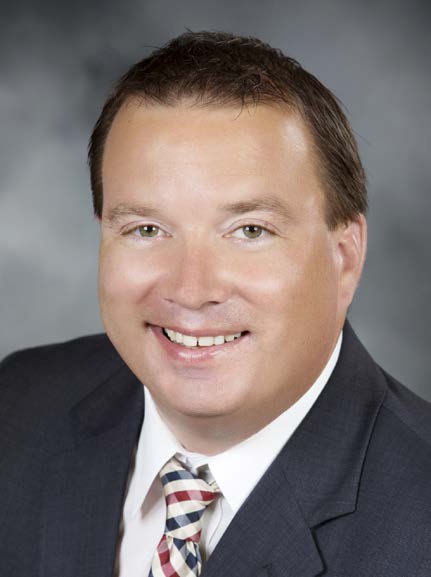 Since opening its doors in 1980, Poettker Construction Co. has enjoyed many successful years, and 2016 was no exception. The family owned and operated company has several large projects in various stages of completion.
The newly completed McKendree Metro Rec Plex, O’Fallon, Ill., is a privately owned recreation and entertainment center that is open to the public while also being home to McKendree University’s hockey and aquatic teams and the Southern Illinois IceHawks, a youth hockey association.
Poettker also completed the Richard E. Workman Sports & Wellness Complex in Effingham, Ill. Owned by the Effingham Park District, this 80,000-square-foot facility features a competition and recreation swimming pools, a lazy river, fitness center, basketball/volleyball courts and a wellness center affiliated with HSHS St. Anthony’s Memorial Hospital.
Other prominent projects include an airport terminal at Veterans Airport of Southern Illinois in Marion, the Ambulatory Surgery Center at HSHS St. Joseph’s Hospital in Breese, and the Jefferson Barracks VA Engineering Warehouse in St. Louis. Poettker also added Ameren Illinois as a repeat client in 2016 and looks forward to an ongoing relationship.
While the majority of jobs are within a few hours of Poettker’s Breese, Ill., headquarters, many are further afield.
“We are licensed in 20 states,” says Vice President Project Management Ryan Poettker. “Every year, we try to add one or two more states to our list.” The company most recently became licensed in Georgia, and is working on an Armed Forces Reserve Center Consolidated Mission Complex at Robins Air Force Base.
“In 2017 we’ll continue to expand geographically,” he said.
Regardless of the job or its location, safety is always paramount.
“We’ve received the Outstanding Safety Performance Award five years in a row from Central Illinois Builders of AGC in the 200,000–300,000 man-hour category,” Poettker said proudly.
Another honor to celebrate is the company’s certification as a veteran-owned business by the National Veteran Business Development Council. Company founder Charles Poettker is a Vietnam veteran and recipient of the Army Bronze Star.
The most significant development to begin in 2017 comes when President and CEO Charles Poettker hands over the title of president to his son Keith Poettker. Keith was formerly the vice president of preconstruction. Charles’ other children also have prominent roles. Kevin Poettker is director of business development, Ryan Poettker is vice president of project management, and daughter Kim Luitjohan is vice president of finance. Charles Poettker will remain CEO after the transition.