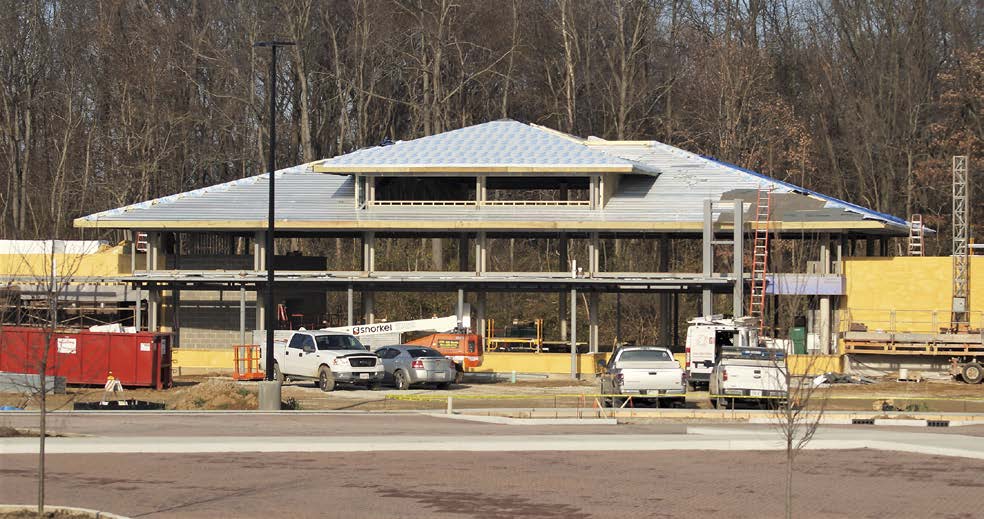 By ALAN J. ORTBALS
Improving the quality of life, supporting development and retaining and strengthening businesses is the blueprint the city of Alton followed to a strong 2016.
“We can hardly keep up with the building permits,” said Mayor Brant Walker.
“The big push has been quality of life with regards to our economic development,” Walker said.
Despite tight funds due to the state’s budget impasse, Alton has been systematically improving its parks and repairing its infrastructure. The key, Walker says, is pulling together public/private partnerships.
“We’ve made significant improvements in Riverview Park, for example, by cobbling together a little city money with various grants and partnering with Ameren Illinois,” Walker said. “Ameren Illinois stepped up and entirely rewired the whole park.”
The focus on quality of life issues will continue in 2017, Walker said, with a major investment in Gordon Moore Park. More than $1 million will go to expanding and remodeling the entrance to the park and adding an all-inclusive playground. Once again, it will be realized via a partnership of the city, labor, grants and private sector participation. “When we pull that off, Gordon Moore will be the jewel it was when it was first built,” Walker added.
A second leg of the stool is business retention. Walker said that he’s done 150 business retention visits since becoming mayor in 2013. The point is to learn about a business and discover if there are things the city could do to help it prosper. “It’s been very beneficial,” Walker said. “It sure is a lot easier to keep a business than to go out and find a new one.”
Paying attention to business is paying off for Alton. Retail sales are up $35 million since Walker took office. The Atrium Hotel has been remodeled and is ready to open as a Best Western Premier. An $8 million Hampton Inn Suites is open on Homer Adams Pkwy and the new $24 million Amtrak station project is nearing completion next door. The city is now working on a request for proposal to seek developers for 30 acres of prime land adjacent to the station.
“It’s been a tremendous run here in the last couple of years,” Walker said. “The private sector is investing and growing; our retailers are prospering; our amenities are improving and, we’re now starting to see a lot of residential permits being pulled, which is a very good sign.”