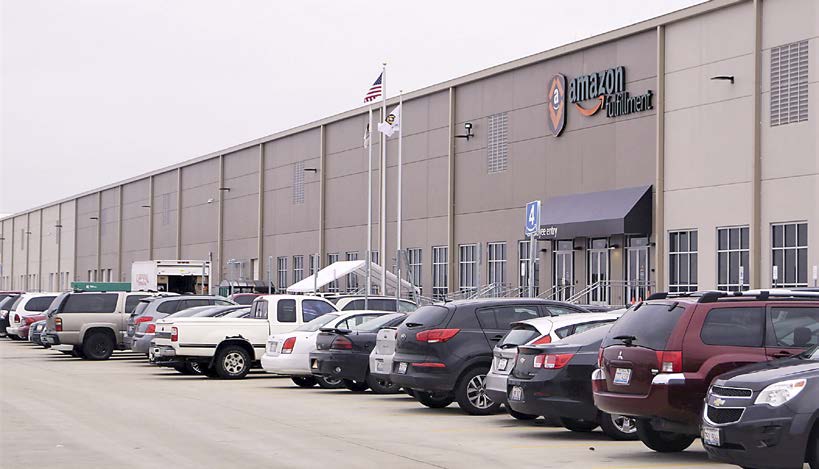 Thirteen-year-old Contegra Construction finished up its best year ever in 2016 with more than $220 million in revenue.
“It’s been a great year,” said company President Eric Gowin. The company cut its teeth building tilt-up concrete distribution centers in Gateway Commerce Center and did two more in 2016 with another one currently under construction. But the company has branched out both geographically as well as by product type.
Contegra began construction on a 1.1 million-square-foot distribution center for a supplier to the General Motors plant in Wentzville, Mo., during 2016 and built some spec industrial buildings on the Missouri side as well. In addition, Contegra has branched out and started building office, retail and multi-family residential.
Gowin said that the company has projects going in 15 states and cities like Atlanta, Oklahoma City and Cincinnati.
“It started when the economy started recovering in 2011,” Gowin said. “It started recovering in other markets before it did here so we started traveling and it just carried on. A lot of these out-of-town projects are owner driven,” he added. “Some of the developers we work for in this market have projects in other markets and ask us to bid on them. For example, we do work for Walgreens around the country on their distribution centers and call centers.”
Gowin said that they recently finished a 204-unit apartment project in St. Charles County, Mo., and another one called the Colonnade in O’Fallon, Ill., as well as the second phase of student housing for Lewis and Clark Community College in Godfrey. “And we’re looking at more multi-family projects, which is a hot market right now.”
Contegra, which landed on the St. Louis Business Journal’s list of fastest-growing companies in 2016, also did projects ranging from the Roxana water plant to the expansion of the Proctor & Gamble distribution center in Gateway Commerce Center. Gowin estimates there’s still room for 8 million square feet or more of new buildings in Gateway.
“Demand for everything is strong except retail,” Gowin said. “And we expect to do more warehouse, office and multi-family projects in 2017. Our backlog heading into 2017 is right at $100 million,” Gowin added. “We typically double our beginning backlog throughout the year.  So, if we have $100 million on the board now, we’ll probably do $200 million again.  So, we are looking at another good year.”