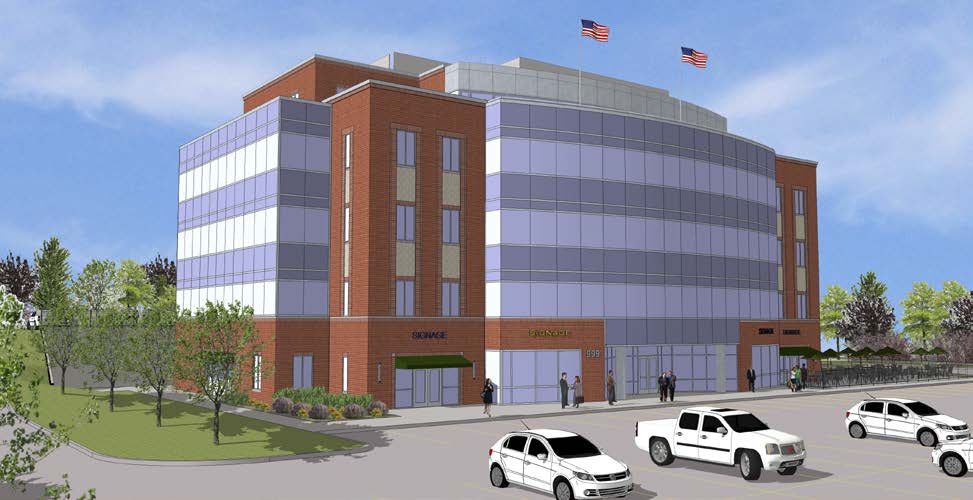 The city of Columbia, Ill.’s housing market seems to have finally recovered from the economic crisis of 2008.
“We had not seen much residential subdivision activity in recent years,” says City Administrator James Morani. “In 2016, we’ve had several new single and multi-family developments approved.” More than 40 building permits have been issued. Developers are interested in building in Columbia again, and momentum is growing.
That momentum is also apparent on two major projects in town.
This time last year, a feasibility study was being conducted for a new TIF district for Main Street Abbey. In 2016, the TIF district and a business district were formed for the site. The city is working with a developer to convert the former Immaculate Conception school, church and convent to a mixed-use space. The property will revitalize the downtown neighborhood with plans for an event venue, microbrewery, coffee shop and loft apartments.
“Right now, we’re in the process of working through some planning and zoning approvals” says Emily Fultz, director of Community Development. “We hope to see the building permits issued in the late winter or early spring. Construction will begin in the spring of 2017.”
The other significant project is at the north entrance of Columbia. The five-story building known as 11 South is scheduled to be completed in early 2017. It will be the tallest commercial building ever constructed in the town and will be highly visible when entering the city from the north on Illinois Route 3.
The building is the first in a planned campus of five structures and will house medical offices as well as the headquarters of the developer, Admiral Parkway Inc. “Approximately 85 percent of the space has already been leased,” says Fultz. Tenants that have already signed on include an urgent care center and a physical therapy office. The entire roster of tenants has yet to be publicly announced.
“We see 11 South as an excellent anchor development for Columbia,” says Morani. “It’s going to provide necessary medical services to the residents and the surrounding areas, as well as employment opportunities. There’s also bound to be a ripple effect for additional businesses.”
It’s all part of the momentum that will carry Columbia into 2017 and beyond.