IBJ: It must be exciting returning to the region where you grew up? 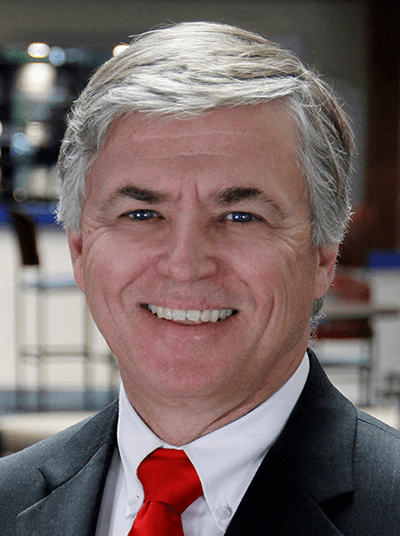 Pembrook: It really is, not only because it’s where I got started, but it’s my alma mater, and it’s very special to me to see what the institution has done since I was there. And then my family is there, from 20 minutes to 45 or 50 minutes away. It feels like coming home.

IBJ: What do you like best about the area?

Pembrook: I grew up in a rural area. I loved the fact that you can combine rural activities. I love to go back to the farm where I grew up and do some hunting, play some golf and things. You’re also next to a metropolitan environment. SIUE is positioned in kind of the same way. It’s suburban but within 20 minutes of downtown. You can see the Arch from campus. It provides students with the best of both worlds in terms of what they might experience. And I can’t respond without saying that I’ve been a Cardinals fan all my life. I still bleed red.

IBJ: When did you graduate?

Pembrook: I finished my undergraduate in ’78 and finished my master’s program in 1980 (degrees in music education and piano performance). I’ve been gone a little over 35 years.

IBJ: What did you think when you came back to the campus and saw how much it had changed?

Pembrook: The interesting thing in walking around the campus, there are certain landmark buildings that are still there. I was trying to remember what it was like without all these other buildings now interspersed between them. But to me the biggest difference is the student housing and the feeling of student life on campus. When I started there in ’76 there were 400 people living on campus and all of them were out at the (former Tower) lake. You really didn’t have a sense of campus life then that you do now. (The change) feeds on itself. It explains the wonderful growth in the campus we’ve seen the last decade or two.

IBJ: What will be the most pressing needs when you first get here?

Pembrook: There are two things I’ve been thinking a lot about. One is to plug in and get to know the community again, talk to people, the chief executives of companies, the superintendents, etc. That’s going to be very important to me. Then, just like with any chancellor or president when you come on campus, you want to get to know the people there, the faculty and the students.
People have been asking me, “What are you going to be talking about?” and “Where’s your focus?” To me the key word is community, the fact that SIUE has the dental school and has been serving people by providing great dentists. And the fact that it’s got the East St. Louis Center and what it’s doing for that community. It’s very exciting.
Once a year in my position, for the last 12 or 13 years, I’ve taken a group of students to Costa Rica so the students can get a chance to help other people with social services and construction. For me that’s one of the lessons a university has for students. It’s not just about learning to be a great accountant or an engineer, but how you use those skills to help be part of a community and improve those areas and deal with the challenges.

IBJ: Sort of contributing to the world at large?

Pembrook: Exactly. In fact, SIUE’s mission closes with the concept of ‘shaping a changing world.’ Part of it is helping young people understand that the world is bigger than what they are imagining as it relates to their particular job. What are the challenges for a community and how can you plug into that? I think that’s a really fun part of higher education.

IBJ: When you look at the school where do you see the biggest improvements needed?

Pembrook: One of the things I’m going to be talking about is a concept we called HICEPs at Washburn. It stands for High Impact Community Engagement Practices. It’s based on a model where a community person expresses a need, and you have faculty members who have expertise in that area. Then, you have students who are developing their skills. You try to bring those three groups together to address the overall issue. For example, our school of nursing at Washburn has a mobile clinic. It works with the hospitals to see where area people have health-care needs. Then our students go out in the mobile center and practice their skills, and really help people who wouldn’t (normally) have access to that type of health care.
I think each area can figure out something like that. Where their expertise meets the needs of a community. With the challenges we have in terms of higher ed funding, I think that connection with community is going to be vital to higher ed in the future. That idea of finding the connecting points between what a community needs and the expertise that a university has is something I’m going to be talking about over and over again.

IBJ: You’re coming in to a little bit of a hornet’s nest when it comes to uncertainty of state financing. That had to be on your mind when you were considering this whole thing.

Pembrook: (Laughs) When I told people I was interviewing in Illinois, they said, “You’re doing what? Have you seen the Chronicle of Higher Education?” I know there are absolutely challenges in higher ed, but I know (SIU) President Randy Dunn and the trustees are working hard and communicating the role of higher education in the state. People have different opinions about how to move forward but I think it’s going to get better. The 21st Century, it’s just so important to have a post-secondary experience and credentials. A state has to see the value of that and invest in that. I don’t think it’s “if,” I think it’s “when.” The (temporary) state budget they approved at the end of June, I’m hoping it’s one of the first rocks to cause the avalanche to address the situation.

IBJ: What intrigued you most about taking this particular job?

Pembrook: The thing I really, really like about Edwardsville is the combination of fantastic liberal arts school combined with professional programs. I think my background at Washburn and in Florida prepared me for that combination. Being so close to St. Louis and businesses in Southwestern Illinois, internships and experiences like that can be built into programs because you have those opportunities. A lot of institutions don’t have that.

IBJ: SIUE has established a lot of relationships with other institutions, 2+2 agreements with community colleges and four-year schools. Do you like that approach?

Pembrook: I actually started at Lewis and Clark Community College. The idea of these articulation agreements, and being able to say what transfers and what doesn’t, that was a real key to me, and I had great mentors at Lewis and Clark who pointed me the way to SIUE. I absolutely value that.

IBJ: Tell us about your schooling.

Pembrook: I grew up in Greenfield, Ill., about 30 miles north of Alton-Godfrey. I graduated from Greenfield High School in ’74. I went to Lewis and Clark for two years then transferred and finished my bachelor’s experience in ’78 at SIUE. I stayed because I had a wonderful adviser and mentor there. They were starting a new graduate program. I finished in 1980, and after three of the most brutal winters in the history of Illinois I was ready for some warm weather. So I headed to Florida State and Tallahassee to get my PhD down there.
From there, I worked for three years at FSU. Then, I went to the University of Missouri Kansas City, which has a great Conservatory of Music and Dance. I was faculty member, department chair, associate dean and dean.
Then, I went to a private institution in 2007 (Baker University in Baldwin City, Kan.) I was thinking with all the budget challenges in state government that it might be a good time to get into private education. I went there, right as the recession hit. I worked there for four years before going to Washburn University. It’s not a state university or a private institution; it is a city institution. I had come back for the ‘15-16 year when family members were telling me that SIU was looking for a new chancellor. I applied and things went well.

IBJ: Tell us about your family.

Pembrook: My wife, Mary Jo, is from North Carolina. We met in grad school in Tallahassee. We have two girls, Sara, 26, and Rachel, 24.