By ALAN J. ORTBALS
While Amazon announced its plans to open a fulfillment center in the Gateway Commerce Center 717 building on June 2, Quality Engineering and Testing, headquartered in O’Fallon, Ill., had already been working on the site for more than a year.
QTE was brought in by Contegra Construction, the contractor on the project, and TriStar Development, the project developer. QTE did the geotechnical engineering including soils analysis and all of the construction materials testing. With construction now completed and the lease signed, QTE has been hired by Amazon’s racking contractor to also conduct steel inspection and installation observation to ensure that the bracing and connections are installed properly.
The Gateway Commerce Center 717 building is so named because it is 717,000 square feet. It was built as a speculative building on 76 acres. It is tilt-up concrete construction with 36-foot clear height ceilings and will have parking for 500 to 600 cars. The building also features 80 truck docks, a heat reflective and energy efficient thermoplastic polyolefin roof and design/build mechanical, electrical, plumbing and fire protection systems.
Gateway East 717 is expandable to more than 1.2 million square feet. Construction of this building has opened up an additional 700 acres of the 2,300-acre warehouse and distribution park for development.
In addition, TriStar and Contegra have already begun work on another speculative “spec” building with no tenant in sight. “It’s very difficult to attract tenants if you don’t have a building to lease,” said Mike Towerman, president of TriStar Properties, developer of Gateway Commerce Center and the 717 building. 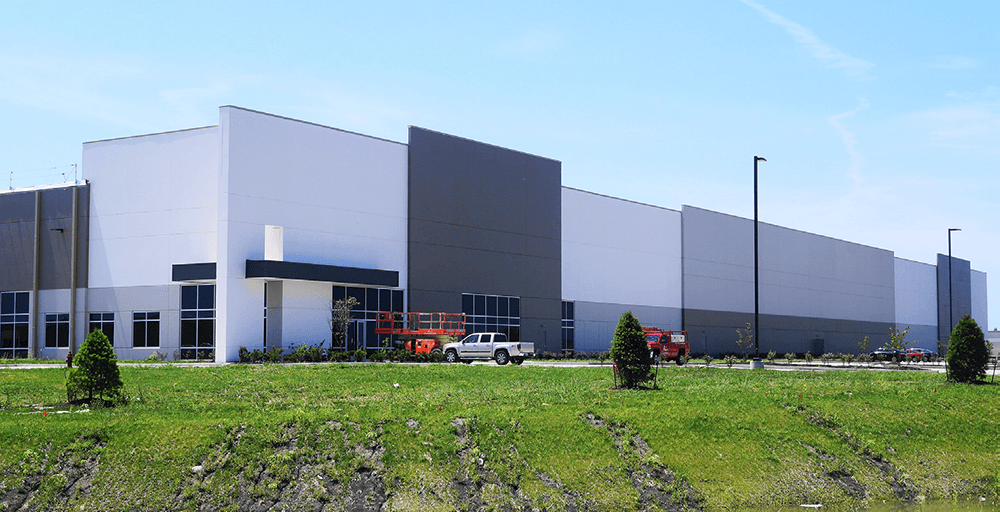