By DENNIS GRUBAUGH
The chemical compound that drives the fatal side of bath salts has such a long name that it must be spelled out to be appreciated.
“It’s methylenedioxypyrovalerone,” Madison County Chief Deputy Corner Kelly Rogers said. “I never heard of it until bath salts came out.”
The deadly consequences of ingesting the compound drove state officials to legislation that will ban the sale of various synthetic products that have been responsible for a number of deaths and overdoses in recent years. Only one of the deaths was handled by the Madison County Coroner’s Office. The victim was Tonia Whitehead, 28, of Alton, who died April 27, 2011.
Her cause of death is listed as acute MDPV intoxication, the letters being the shortened form of the cumbersome word above. 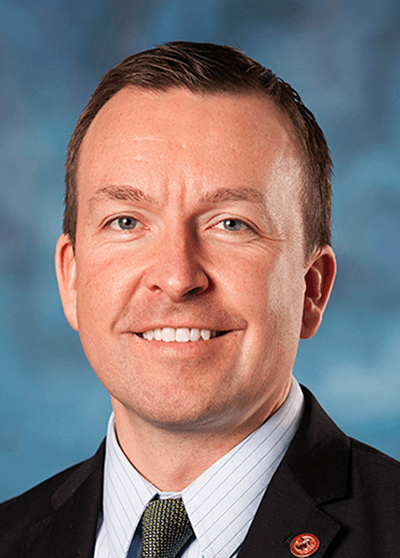 State Sen. Andy Manar, D-Bunker Hill, led the effort to fight the proliferation of so-called bath salts sold by Illinois retailers. His bill was passed with strong bipartisan support before being signed into law by the governor last month.
Bath salts, specifically known as synthetic cathinones, can be consumed in a variety of ways and can mimic the effect of amphetamine or PCP, often causing hallucinations.
“These drugs are extremely dangerous and have unpredictable effects on the user,” Manar said in a statement. “This plan gives our law enforcement officials more power to get them off our streets.”
Senate Bill 210 creates the Bath Salts Prohibition Act. It bans Illinois retailers from selling synthetic cathinones that commonly are labeled as bath salts, plant food or jewelry cleaner.
Illinois and every other state already prohibit the sale of bath salts. But the new state law allows prosecutors to go after convenience stores and gas stations that knowingly sell the synthetic drugs, which are often disguised as everyday products.
The bill takes effect Jan. 1. At that time, retailers found to be selling bath salts can have their retail license revoked, and offenders can be charged with a Class 3 felony and face a potential fine not exceeding $150,000.
Christian County State’s Attorney Mike Havera and Macoupin County State’s Attorney Jennifer Watson played roles in getting the legislation passed. Havera testified in support of it during a Senate committee April 13 in Springfield.
“It’s a different type of drug based on the commercial marketing of the drug targeting youth and targeting the ignorant or uneducated public, trying to market it as something that is not illegal,” Havera said in a statement. “With my four years as public defender, I didn’t have any armed robbery cases. In less than four years as the Christian County state’s attorney we’ve had 10 armed robberies, and six of those attributable to bath salts. So we’re also seeing a violent nature … we’re seeing violent crimes quite often.”
Gov. Bruce Rauner conducted his signing ceremony in Taylorville, the county seat of Christian County, which is about 90 miles northeast of St. Louis.
“Bath salts have been on the rise here in Illinois and are being sold under the disguise of normal products,” Rauner said at the time. “This bill will help counteract the growing number of synthetic cathinones producers and help our communities, especially those in rural Illinois, combat this epidemic.”
Bath salts are chemically similar to amphetamines, cocaine and MDMA, and they produce effects such as paranoia, hallucinations, increased sociability, panic attacks and excited delirium. They are often sold disguised as common bath salts and have been sold in convenience stores, smoke shops and similar businesses. They are known to be addictive.
“This bill is a small step towards tackling what remains a devastating issue in our communities. These highly addictive synthetic drugs continue to wreak havoc on our communities and throughout the country,” said Rep. Avery Bourne, a Republican from the small town of Raymond, who was a sponsor of the legislation.  “It is my hope that this new law will limit access and spark discussions on how we can continue to crack down on this epidemic.”
Use of bath salts has been on the rise across the country for the last decade, officials said. Two variations of the drug were outlawed in the United States in 2012, but new chemical compounds have been introduced.
The bath salts are sometimes on display on store shelves, but usually they’re sold under the counter to customers using a password or code, Havera told the Associated Press. He added that his office doesn’t know how easily accessible bath salts are, but they have been hearing about the product from law enforcement.
Manufacturers of the synthetic drugs have been skirting state and federal laws by modifying their formulas to get around existing prohibitions, Havera said.
Sen. Manar said he’s considering additional measures for next year addressing bath salts to give law enforcement more ways to tackle the problem.