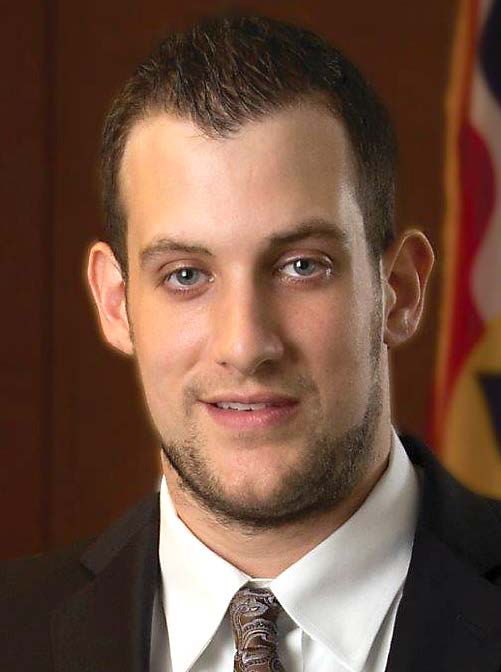 With elections on the horizon, a renewed interest in the U.S. Supreme Court has taken hold. The court is aging. Justice Ginsburg is well into her eighties; Justices Scalia, Kennedy, and Breyer are close behind. If recent history is any indication, and the next president serves two consecutive terms, he or she will likely have a lasting impact on the makeup and temperament of the Supreme Court moving forward: potentially choosing up to four new justices as Ginsburg, Scalia, Kennedy, and Breyer retire from the bench.
The looming changes to the composition of the Supreme Court make up, perhaps, the most intriguing story heading into the new year and will inevitably attract much discussion in the race for presidency. That is not to detract from the current term, however, which recently kicked off this past October. The Supreme Court faces a number of important issues, many of which will have a direct (and sometime indirect) effect on the business sector. Here is a summary of three such cases.

Marvin Green, an African-American man and former postmaster, claims the U.S. Postal Service retaliated against him after he made several employment-discrimination claims against the Postal Service. Green initially complained that he had been passed over for a promotion based on his race; thereafter, the Postal Service ironically opened its own investigation against Green alleging he had ignored his responsibilities to his subordinates in their own grievances against the Postal Service. The Postal Service argued Green had “chronically failed” to follow its grievance procedures, causing it to suffer a number of penalties and payouts to grievants. In an unrelated matter, the Postal Service Office of the Inspector General (OIG) — an independent branch — was also investigating Green for allegations of “delay of the mail,” which can be a federal crime. Green believes these investigations were in retaliation for his complaints about being passed over for promotion.
Unbeknownst to Green, the OIG concluded that Green had not intentionally delayed the mail. However, on the pretense that criminal charges might be looming, the Postal Service entered into a settlement with Green providing that he would immediately resign his position as postmaster and could, thereafter, choose whether to accept a lower-paid position some 300 miles away. The agreement was struck on Dec. 16, 2009, and permitted Green to mull over his decision until March 31, 2010, when his accrued annual and sick leave would exhaust. Green submitted his retirement papers on Feb. 9, 2010 — effective March 31, 2010. On March 22, 2010, Green filed a complaint with the Equal Employment Opportunity Office (EEO), alleging the Postal Service had constructively discharged him by forcing him to retire in retaliation for his prior EEO activity.
The dispute, which the Supreme Court will look to resolve, concerns when Green’s constructive discharge claim accrued. Federal employees, like Green, are required to contact the EEO within 45 days. The Postal Service successfully argued, both to the District of Colorado and the 10th Circuit, that the starting point for this 45-day period is the last discriminatory act of the employer — in this case the Dec. 16, 2009, settlement agreement, which Green argues culminated in his forced retirement. However, five other circuits have found that the date of resignation (or notice of resignation) is the appropriate measure. According to these courts, “resignation is a constructive discharge.” Recall that Green was permitted to take a lower-paying position, thus he did not technically retired on the date of the settlement agreement’s execution. Complicating this circuit split in authority is the Supreme Court’s prior observation that “the proper focus is upon the time of the discriminatory acts, not upon the time at which the consequences of the acts became most painful.”
The practical effect of Green v. Brennan is self-evident: If the Supreme Court agrees with the 10th Circuit, the limitations period on constructive discharge claims will be fixed and directly tied to the employer’s conduct; however, if the Supreme Court agrees with the 4th Circuit and others, the limitations period will be variable and tied to the employee’s final decision to resign. While the author makes no particular comment as to the merits of either side — this article being designed to inform, rather than to advocate—it would seem the 10th Circuit’s rationale faces a difficult hurdle, since the Supreme Court has previously found that a constructive discharge claim is inextricably tied with an employee’s decision to leave, thereby making it a necessary element to any legal action.

Robins v. Spokeo, Inc: Deciding whether consumers are required to demonstrate actual harm as part of their claim

Spokeo, Inc., operates a website that provides users with a variety of information about other individuals, including contact data, marital status, age, occupation, economic health, and wealth level. Thomas Robins, unemployed at the time, sued Spokeo under the Fair Credit Reporting Act (FCRA) after he discovered Spokeo’s website contained inaccurate information about him. In his complaint, Robins argued that he was “concerned that the inaccuracies (in) his (Spokeo) report will affect his ability to obtain credit, employment, insurance and the like.”
The Central District of California had trouble reconciling Robins’ complaint with the requirement that a plaintiff have an actual, particularized injury (i.e. “injury-in-fact”) in order to confer subject-matter jurisdiction upon the court. Initially, the district court characterized Robins’ allegations as simply “that he has been unsuccessful in seeking employment, and that he is concerned that the inaccuracies in his report will affect his ability to obtain credit, employment, insurance, and the like.” There being no evidence that Robins had suffered an actual, imminent harm, the district court dismissed Robins’ complaint. Thereafter, Robins amended his complaint and argued the misinformation caused “actual harm to (his) employment prospects.” This time, the district court was persuaded and denied Spokeo’s renewed motion to dismiss. However, approximately four months later the district court reconsidered its ruling and found, once again, that Robins failed to plead an injury-in-fact; the court observed that Robins’ claims for diminished employment prospects was “speculative, attenuated, and implausible.”
The 9th Circuit would later overturn the district court, finding that a statutory action under the FCRA does not require proof of actual damage and, therefore, does not require demonstration of actual harm for purposes of standing. According to the Ninth Circuit, the FCRA provides for a “de facto injury” in which Congress intended to create a limited cause of action that “provides for modest (statutory-based) damages without proof of injury.” Satisfied that Robins demonstrated Spokeo allegedly violated his own statutory rights, rather than the rights of the people at-large, the 9th Circuit concluded that Robins satisfied the injury-in-fact requirement of Article III standing despite having no particularized injury.
Robins v. Spokeo, Inc., presents an interesting argument for the Supreme Court to decide, as it directly tests the well-known precedent of Lujan v. Defenders of Wildlife. In Lujan, the majority stated “injury required by Article III may exist solely by virtue of statutes creating legal rights, the invasion of which creates standing.” A concurring opinion by Justice Kennedy — often the swing vote — stated: “Congress has the power to define injuries and articulate chains of causation to give rise to a case or controversy where none existed before … however, Congress must at the very least identify the injury it seeks to vindicate.” If this rationale is extended in the present case, it is quite possible that more consumer-based laws could be passed that do not require proof of actual injury; this, of course, has obvious effects on businesses, who stand to face vigorous litigation by plaintiffs no longer shackled by the need to articulate their harm.

A group of non-union teachers initiated a lawsuit against local unions for the school district at which they are employed arguing their 1st and 14th Amendment rights to free speech and association were being violated after they were required to pay fees to these unions despite being non-members.
Under California law, a union is permitted to become the exclusive bargaining representative for all public school employees (both union and non-union employees) in a particular “bargaining unit” and, through the establishment of an “agency-shop” arrangement, can charge all non-union members a “service fee” commiserate to the cost involved in handling the collective bargaining process. The union must estimate the portion of fees it charges its union members that do not fall within the collective bargaining process; however, non-union members who do not wish to pay this additional amount (the “non-chargeable fee”) must follow specific opt-out procedures in order to receive a rebate or service fee reduction.
In a unique procedural move, the non-union teachers urged the Central District of California to enter judgment in favor of their rival, the unions, contending that their claims were “presently foreclosed by” the Supreme Court’s decision in Abood v. Detroit Bd. of Educ. and the 9th Circuit’s decision in Mitchell v. Los Angeles Unified School Dist. The district court, recognizing the ultimate aim of the non-union teachers was to overturn both Abood and Mitchell, granted the teachers’ request and entered judgment in favor of the unions. The 9th Circuit affirmed the district court’s judgment, stating succinctly: “The questions presented in this appeal are so insubstantial as to not require further argument, because they are governed by controlling Supreme Court and 9th Circuit precedent.” Upon certiorari being granted, the teachers’ dispute moved almost directly to the Supreme Court for review. The Supreme Court now faces its prior decision in Abood and must determine whether it remains good law.
The writing may be on the wall for this case. Given the initial briefing and the 9th Circuit’s observation that the teachers’ claims were “insubstantial,” it is difficult to tell if either the unions or the 9th Circuit believed the Supreme Court would actually grant certiorari. It should not have come as a surprise, however. Justice Alito, in particular, has been quite critical of Abood as recently as one year ago, finding Abood to lie on “questionable foundations.” On the other side is Justice Scalia, who previously wrote: “where the state imposes upon the union a duty to deliver services, it may permit the union to demand reimbursement for them; or, looked at from the other end, where the state creates in the nonmembers a legal entitlement from the union, it may compel them to pay the cost.” With certiorari being granted in this case, it must be assumed that the Supreme Court wants to comment on the durability of Abood moving forward — whether that means Abood will be abrogated outright is unclear. In any event, if Abood is finally overturned, the unions lose considerable financial strength and, with it, bargaining leverage. For public sector unions, the stakes could not be higher.
Shane Blank is an attorney with the firm of Sandberg Phoenix and von Gontard, P.C. and focuses his practice on complex business litigation.