EDITOR’S NOTE: This article is excerpted from the Financial Focus newsletter of Diel & Forguson, an O’Fallon-based CPA firm. BodyLogicMD is a registered trademark.

By RITA DUCKWORTH
Mention “franchises” and certain businesses typically come to mind: fast food chains and dry cleaners; maybe convenience stores or tanning salons. But owning a franchise is also attractive to those in professional fields.
For decades the health and wellness niche has included vision and hearing franchises, but more recently, enterprises focusing on medical, dental, and chiropractic care are popping up everywhere. Doctors, dentists, audiologists and optometrists are nurturing their entrepreneurial spirits and leaving traditional practices for franchises. 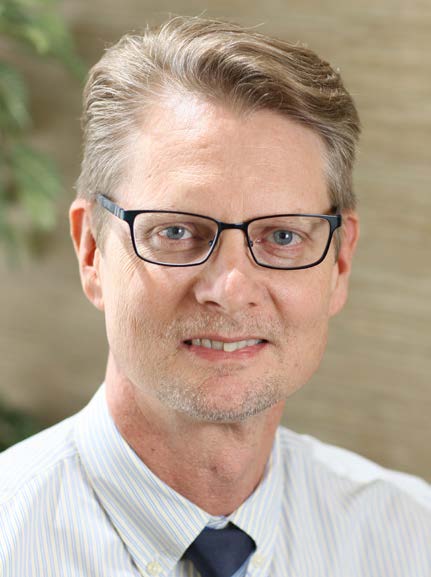 Bryan Warner, MD is one doctor who made the switch. Frustrated by the traditional model of medicine that limits doctor/patient interaction to 10- or 15-minute visits, he began researching alternatives to a typical practice. He found what he was looking for in BodyLogicMD, which offered a model that would allow him to combine his years of experience and skills as a family physician with the field of bioidentical hormone therapy. He purchased their only franchise license for the St. Louis area in 2010.

An alternative model of medicine

How is BodyLogicMD different? “Imagine that you see a doctor for 90 minutes on your first visit,” explains Dr. Warner, “and he’s already gathered all of your general lab work.” The doctor has the time to take a full medical history, perform a head-to-toe exam and review the patient’s general chemistry, hormone levels, thyroid function, cholesterol and nutrition status. “We put all the pieces together for you and explain all of your test results so you can understand them.” Over the years, he has discovered that he enjoys the educational aspect of his job and is good at explaining things in ways patients can understand. The BodyLogicMD model allows plenty of opportunity for him to do that.
Another source of Dr. Warner’s frustration with mainstream practices was the intrusion of insurance companies. Like many doctors, he felt the pressure to pigeonhole a patient’s symptoms into a diagnosis and treatment that fit into a specific code for insurance purposes. He felt this sometimes took the focus away from getting and keeping the patient well. BodyLogicMD bucks that trend in the most extreme way – it is a cash business and insurance does not come into play at all.
That doesn’t mean that none of the services offered are covered by insurance. “We will help you use your insurance benefits by providing codes when possible so you can submit a claim to your insurance company” explains Dr. Warner.

BodyLogicMD was founded in 2003 and focuses on the treatment of hormone imbalances using natural bioidentical hormone therapy (BIHT), integrated with nutrition and fitness. “Bioidentical hormones are produced from natural sources such as yams and soy and are modified to become the exact chemical structure of our own hormones,” he said.
Paul Savage, MD had done extensive research in the field of BIHT after beginning a regimen to address his own health concerns. When Dr. Savage’s twin brother Patrick, who has a business background, saw the treatment’s success in restoring his brother’s health, the inspiration for developing a business was born. Their plan was to open BodyLogicMD offices where doctors could practice this type of medicine without being tied to insurance companies. The franchise boasts more than 60 doctors in 46 locations nationwide. Dr. Warner’s office was number 28.
BodyLogicMD’s philosophy suggests that for both men and women, a number of symptoms can be traced back to an imbalance in a patient’s hormone levels, especially as we age. Their practitioners specialize in mixing and matching (known as compounding) the hormones to tailor them to specific individuals’ needs. In addition to hormonal imbalances, factors such as nutrition, toxins, chronic infections, gastrointestinal health, genetics, stress, and overactive immunity can also be sources of discomfort.
“We look at the whole picture,” says Dr. Warner. “You can’t practice well unless you do.” He devotes his time to getting to the root of patients’ problems. Once his diagnosis is complete and treatment options are chosen, he keeps working on the problem list at each and every visit.
A new patient’s first point of contact is with BodyLogicMD rather than Dr. Warner’s franchise. The corporate office answers any initial questions, gives out an extensive health questionnaire and makes arrangements for lab work to be performed. After that, the individual doctor’s office takes over. “They (BodyLogicMD) go to great lengths to not tell us how to practice medicine,” explains Dr. Warner.

Mapping a future in medicine

Bryan Warner grew up living in several different small towns in central and southern Illinois. He knew he wanted to be a doctor in seventh grade. He had always enjoyed studying maps and one day he opened an anatomy book. He saw the diagrams inside as a map – something he wanted to explore. He chose Southern Illinois University-Carbondale for his undergraduate degree, followed by medical school at Loyola University in Chicago where he graduated in 1987.
Upon graduation, Dr. Warner served seven years in the United States Air Force due to an ROTC scholarship. “I was interested in practicing family medicine” he says, “and always thought I’d come back to a small town in Illinois and be the local family doctor.” He finished his Air Force tour at Scott Air Force Base in O’Fallon in 1998 and joined the newly formed Family Physicians of O’Fallon.
He remained with Family Physicians until 2005 when he felt he needed a change. The next four years were spent practicing emergency medicine, primarily in Breese and Highland. He then began the search that led him to BodyLogicMD.

Just as BodyLogicMD does not interfere with a doctor’s methods, they do not handle accounting functions for its offices either. Dr. Warner had a pre-existing relationship with Diel & Forguson LLC, so they were his obvious choice for the task.
Dr. Warner became familiar with firm while practicing at Family Physicians of O’Fallon. Diel & Forguson provided tax and accounting services to the practice from 2001 until it was purchased by Belleville Memorial Hospital about 10 years later. During that time, several of the doctors began using D&F for their personal matters as well. Dr. Warner and his wife Robin, a paralegal for the Illinois National Guard began having their personal taxes done by the firm in 2002.
They have handled the financial statements, tax planning and tax returns for Bryan Warner’s BodyLogicMD practice since the day it opened. “I’ve always found Diel & Forguson to be a good value for the cost,” says Dr. Warner. “Polly Stover is great to work with” he adds. “She and the rest of the staff are receptive and prompt. If they don’t know the answer, they find it.”

Dr. Warner’s autonomy also extends to his hiring decisions. He is free to staff his office any way he sees fit. His staff currently consists of nurse practitioner Deanna Woodroffe, CNP and office assistants Crystal Molkenbur and Shona Mimbs. In the few years since opening, they have become busy enough to add another doctor. Doreen Saltiel, MD will join the practice at the end of August. Dr. Saltiel is a board certified cardiologist who is originally from Brooklyn, New York and will be relocating from her current position in Fort Smith, Arkansas. Dr. Warner looks forward to getting her on board. “We’re excited to explore the realm of preventive cardiology in our office.”
The addition of Dr. Saltiel’s experience to his office is one of things that makes Dr. Warner so enthusiastic about BodyLogicMD. “I have a network of colleagues to call on” he says. BodyLogicMD doctors come from areas that are all over the medical map. “There are cardiologists, endocrinologists, anesthesiologists, surgeons, gynecologists, and ER doctors – there is quite a group of specialists to tap into.” All of the doctors must complete a Fellowship program at the American Academy of Ant-aging Medicine and Metabolic Medicine Institute, which includes approximately 150 hours of education with written and oral exams, as well as ongoing continuing professional education.

Dr. Warner advises that anyone considering any new niche business should do their research.
“You need to have a sense of the market and the need for your goods or services,” he said. That is the one area where BodyLogicMD was very “hands-on”, doing the initial research to determine if St. Louis was a viable region for a franchise. “The CEO came out and we toured the area together,” says Dr. Warner. “He initially considered the I-270 corridor, but we ultimately chose our location across from the St. Louis Galleria. It’s more of a central location for the whole metro area.”
BodyLogicMD provided the franchise with the initial foundation to get Dr. Warner’s office started. They continue to provide all marketing materials, advertising, and of course name recognition. Dr. Warner is extremely pleased with the services that are available and the management of the company. “The CEO really has his heart in the right place.”

Since patients can’t always use their insurance, he admits that BodyLogicMD isn’t for everyone, but he gets very positive feedback from those he treats. Dr. Warner stresses that he is not a “rich person’s doctor.” His roots in small town family medicine are still apparent. As America ages, maintaining health is moving to the forefront of peoples’ priorities. “There is definitely a market for people who are willing to spend a little more to get themselves well and maintain their wellness, and we are not the most expensive option.” Dr. Warner’s challenge as a physician, as well as a businessman, is to keep the costs reasonable enough that people will continue their treatments. “For many, hormone therapy needs to be ongoing to maintain results. The tendency may be to quit as soon as you’re feeling better, but that’s not always the best thing.” He points out that people are willing to spend substantial money for things like cars and vacations; it’s only logical that they would be willing to invest in their overall health and wellbeing, too.
Of all the positives that Dr. Warner has experienced as part of the BodyLogicMD network, by far the most important to him is the opportunity to build relationships with his patients. “I can’t emphasize enough how rewarding it is to be able to spend the time with my patients, get them well and keep them well” he says. “I love what I do!”
For more information contact Dr. Bryan Warner at (877) 445-9050 or go to www.bodylogicmd.com