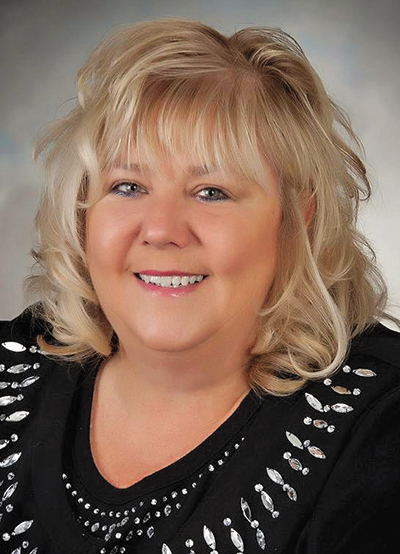 Celebrating 35 years in the banking industry, Dawn Schmidt is embarking on a new chapter in her career as a regional deposit manager for First Mid-Illinois Bank & Trust.
Schmidt’s new responsibilities include business development for the Metro East market, specifically growing the bank’s branches in Highland and Maryville. She will also work directly with bank employees to focus on customer service and retention.
“I admire First Mid-Illinois Bank & Trust for its professional, friendly atmosphere and its long-standing history in Illinois communities,” she said. “The bank celebrated its 150-year anniversary in April and continues to follow its mission of fulfilling the financial needs of our communities with exceptional personal service, professionalism and integrity. It is not afraid to embrace growth and change.”
Schmidt’s personal mission aligns with that of the bank. Her goal is to satisfy the financial needs of her customers and contribute to the well-being of the community. First Mid-Illinois Bank & Trust is active in local organizations, community events and activities to make the community stronger. Schmidt’s own involvement includes prior board membership for the Madison County Humane Society, past presidency of the PTO for Edwardsville schools, active fund-raising for Edwardsville High School baseball, Highland Kiwanis Club membership, and St. Jude’s advocacy.
Her interest in banking began as a child, playing the game of Monopoly. Later, while working as a secretary in St. Louis, her boss spoke about the future of banking and influenced her decision to pursue a career in that industry. She started working at Boatmen’s Bancshares, Inc. in the mergers division, where she helped integrate bank employees after bank mergers. Next, she took a position with MasterCard International as the director of the testing division where she tested new financial systems/product updates. From there, she worked as a banking center manager for TheBANK of Edwardsville for 10 years.
“I have witnessed many changes in banking throughout my career, especially with technology,” she said. “I was involved in the first debit card program released in St. Louis in the early 1980s. I have also been privileged to work with many women who have become bank presidents and leaders in their communities. The evolution of women’s roles in banking extends to every division now, especially lending and business development.”