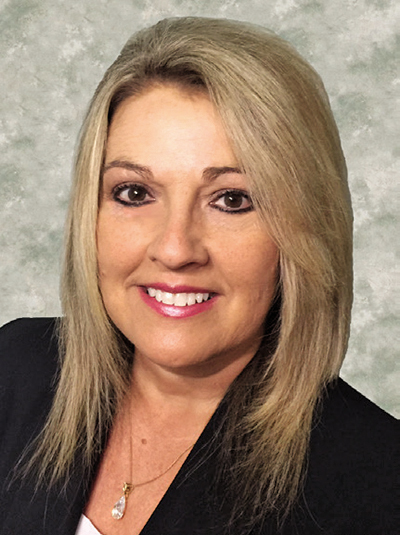 Many things have changed in the credit union industry since Tammy Wofford began her career as a teller in 1983. One thing that hasn’t, she said, is the philosophy of “people helping people” as the primary focus. Now with 32 years in the industry, Wofford serves as GCS Credit Union’s chief financial officer/senior vice president.
“Women have truly made a difference to the success of this credit union by the positions they have held, and they will continue to do so in the future,” Wofford said. “It is easier for women today to succeed than when I started — time has proven that a woman can excel at  this job.”
At GCS Credit Union, women comprise the majority of their management team. To her good fortune she includes “two terrific male bosses and a supportive board of directors” who value her ideas and opinions.
As CFO/SVP, she is responsible for several departments: accounting, EFT/Plastic Card, quality assurance/compliance, asset recovery and information technology. With a financial analyst to help her, Wofford is responsible for the asset-liability management of the credit union as well as investments, annual budget preparation, and monthly reporting to the board.
Wofford played an instrumental role in implementing one of the first mobile ATM units in southern Illinois, “Patty the Cash Cow,” as well as in creating two new departments within the credit union, the EFT/Plastic Cards and the Quality Assurance/Compliance areas. She also played a notable role in the design and planning of four GCS Credit Union branch locations.
A member of the CFO Council, Wofford earned her Certified Credit Union Executive designation in 1989.
She has been involved for years with the Illinois Credit Union League.
“My involvement with the ICUL is in the many relationships formed over the last 30-plus years with the different areas by utilizing the services and support they provide.” GCS Credit Union continues to reap the benefits of the organization’s support year after year. The ICUL is the primary trade association for credit unions in Illinois, providing information, legislation and education.
Wofford lives in Collinsville with her husband Greg and has two adult daughters, Kelsey and Macey.