Paul Pomerantz, FACHE, to Retire after 10 years as ASA CEO 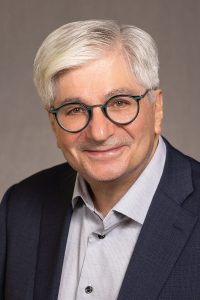 The American Society of Anesthesiologists (ASA) has announced that Paul Pomerantz, FACHE, chief executive officer, plans to retire at the end of his contract in April 2024.

“On behalf of ASA’s Board of Directors, Senior Team, and more than 56,000 members, we want to thank Paul for his extraordinary leadership and impact over the decade he has led the Society,” said ASA President Michael W. Champeau, M.D., FAAP, FASA. “Always a strategic leader, Paul has played an enormous role in transforming ASA by implementing successful member-facing programs and initiatives as well as a renewed focus on strategic planning, including the creation of strategic pillars to align key initiatives throughout the organization.”

During his nearly 11 years at ASA, he modernized the Society by implementing best practices in association management. Specifically, Paul drove improved member experience and satisfaction through enhanced resources in educational and professional development, practice and quality advancement, public policy and advocacy. He effectively grew membership to more than 56,500 and improved ASA’s financial performance to achieve more than $50 million in annual revenue. His focus on organizational culture led ASA to be selected as a Best and Brightest Companies to Work For® in the Nation, and Chicago, six years running, 2017-2022. Paul worked to facilitate ASA’s leadership and engagement in the healthcare ecosystem, including the development of joint programs and issues-based coalitions with leading associations representing health systems, medical specialties, and patient interests.

“It has been inspiring to work with ASA’s dedicated physician leaders to address anesthesiology’s most daunting challenges and greatest opportunities, and to observe first-hand the specialty’s growing influence in the healthcare ecosystem,” Pomerantz said. “No specialty, in my experience, is as committed to innovation, quality care, and patient safety.”

Outside of ASA, Paul is active in health care and professional leadership. He currently serves as immediate past chair of Association Forum and as treasurer for the Council of Medical Specialty Societies (CMSS). In recent years, he served as chair of the Center for Association Leadership (ASAE Foundation) and treasurer of the National Health Council (NHC). He also served as chair of ASAE Business Services, Inc., and chair of the ASAE Power of A committee.

ASA President Dr. Champeau will establish an Ad Hoc Committee on CEO Search to begin the search for ASA’s next chief executive officer and to ensure an appropriate succession plan is in place for a smooth transition for ASA’s members and staff.