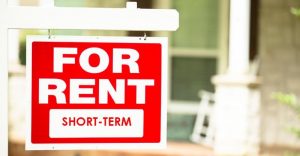 Penalties of $1,000 for the first offense and $2500 for any additional within a 12-month time period are included in new legislation passed by the Fairview Heights City Council in an effort to restrict the short-term rental of residential property.

Resulting from complaints aired this past summer about homes being rented out by owners for groups of people who would use them temporarily to host parties, the ordinance approved by the council was passed unanimously after being presented once each in two successive council meetings with no public input either time.

Stating that “instances of significant negative impact on neighboring properties and their residents,” has resulted from such rental practices, the justification preamble in the ordinance, preceded by the word “whereas” and utilized to provide support for the action taken, further says these rentals “are often used for gatherings and parties by occupants and attendees who have no connection to the neighborhood” while resulting in “excessive noise, traffic and spillover parking.”

Short-term rentals, it was also mentioned in the ordinance, “have also been the sites of volatile and, at times, violet activity in neighboring municipalities and across the country.”

This provision of the city’s regulations applies only to residential structures located in appropriate zoning districts and not to hotels, bed and breakfast businesses or boarding facilities as defined elsewhere in the local code.

The definition of short-term rental as spelled out in the legislation is when residential dwelling units are offered for temporary occupancy of periods less than 30 days. An exception is allowed in cases where a residential property has been sold and the new owner leases the property while an agreement concluding the transaction is being finalized.

By declaring such short-term residential rentals as public nuisances, the city has set into motion the prosecution of those property owners found to be in violation of the ordinance through legal action that would include reimbursement of the local government’s attorney’s fees and other expenses incurred.

Concerning the fines, the legislation indicates each day the violation occurs, and continues, constitutes a separate and distinct offense. Property owners will be notified through any of the following possible methods: with delivery of a written notice in person, by certified mail, e-mailing the owner or posting notice on the property where this has occurred.

This matter surfaced in July when, as reported to an aldermanic committee by Land Use and Development Director Dallas Alley, he and K. Andrew Hoerner from the city attorney’s office began working together on an ordinance regarding the new regulations.

In doing so, Alley stated the intent and purpose would be to preserve the character and integrity of residential neighborhoods within the city by prohibiting residential structures from being used for the commercial purpose of providing short-term residential rentals.

When this matter was discussed, Alderman Harry Zimmerman, chairman of the city council community committee planning committee, said the consensus appears to be in support of not allowing any such rentals for periods of less than 30 days.

Alderman Pat Peck said there was a resident in her area of the city who had e-mailed her about living across the street from a house used for this purpose. Planning to move out of Fairview Heights, that individual, she continued, said there were a couple of instances where a loud, noisy party was held at that dwelling and another where a large number of people using motorcycles as transportation had gathered there.

Another alderman, Brenda Wagner, commented, “I would not be happy to have a transient house next to me. In today’s world, everybody wants to be secure where they live and if you don’t have a clue who’s going to be next door to you from weekend to weekend,” that is something which should be avoided.

Alderman Frank Menn said the concerns about short-term rentals made him recall how residents in part of the west end of the city, which covers the ward he represents, spoke up against a proposal for a recreational vehicle/camper park while adding that he agrees with Wagner the local government does not have the sufficient level of personnel to enforce against disturbances or disruptions that could result.

A resident in attendance at the same committee meeting mentioned when this was first talked about stated he lives next to a house used for short-term rental purposes, expressed his objection to it and commented how he feels it “is an improper situation in a residential neighborhood because it adds many potential problems to a peaceful street.”

The owners of that property, he continued, purchased it, renovated the house and started using it as a business without any consent from neighbors or the city, saying, “They opened a three-bedroom hotel in a residential neighborhood.”

One time, he went on, there was loud music playing inside that house which could easily be heard in his home 15 feet away. Another problem cited by the man was how some people at that home temporarily allow their dogs to deposit waste in the back yard and do not clean it up.

A nearby female resident added her negative reaction, noting that “They charge $300 a night and when they were working on it, they didn’t say a word about what they were going to do.”

A crowd that had gathered there on one occasion, she said, included some who arrived in a recreational vehicle that was parked in front on the street, something not authorized per city regulations.

“They shouldn’t be able to open their business without us knowing about it,” this resident told the committee, also saying she felt it would lower the values of the adjoining properties.

Bill Poletti, an alderman who was also present for this discussion, commented, “I see no value to the city for having this. It just seems to be a drag down.”

Menn offered that “it would be different if we were by an ocean or a lake rather than (having it) in a subdivision.”

Not advocating the approval of such businesses but instead anticipating the possible reactions from the owners of them, Alderman Denise Williams asked about how to answer people who say it is their home and they can do what they want with it.

The answer, provided by Zimmerman, is that the city has the authority to regulate these usages of homes in situations like this because of the negative impact such circumstances can have on those living close by.