By COLE LAUTERBACH
The Center Square 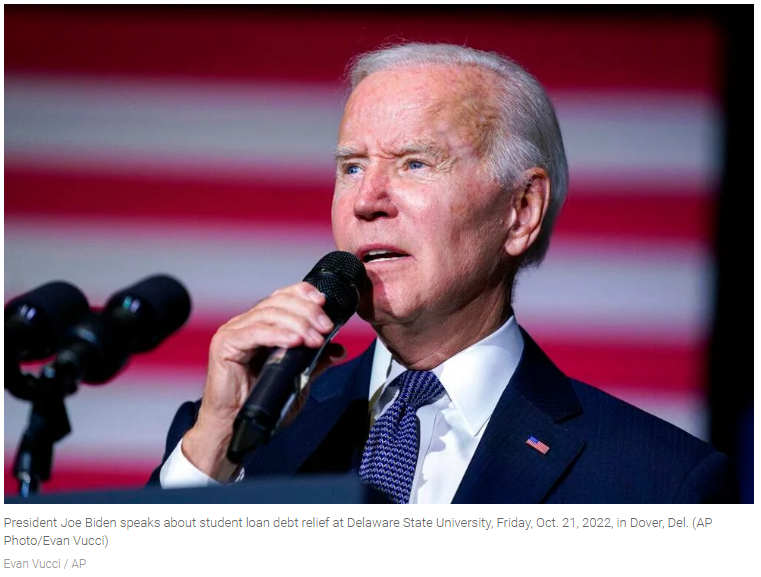 Americans hoping for thousands of dollars in student loans to be lopped off their ledgers will have to wait a bit longer to see if it will happen.

The 8th Circuit Court of Appeals temporarily halted President Joe Biden’s plan to forgive student loans, an election-year plan the administration said would start as soon as this week.

The hold freezes the administration from “discharging any student loan debt under the Cancellation program” until the court decides on the challenge brought by a coalition of Republican attorneys general.

A lower court dismissed the coalition’s case Thursday, saying the suit failed to prove someone was harmed by the debt forgiveness plan.

“The court is not to consider the weight or significance of the alleged injury, only whether it exists,” U.S. District Judge Henry Edward Autry said in his ruling.

The plaintiffs contend that Biden doesn’t have the authority to erase the student loans.

If allowed to move forward, Biden’s plan forgives $10,000 in federal student loan debt for those making less than $125,000 annually. Federal Pell Grant recipients would be forgiven $20,000.

As previously reported, a coalition of GOP governors wrote Biden that his student loan forgiveness plan would be costly for American taxpayers. The group cited an estimate of up to $600 billion, or $2,000 per American taxpayer.

The administration has until 5 p.m. today (Monday, Oct. 24, 2022) to respond to the injunction and until the same time next Tuesday for the group of states to respond to Biden’s office.

Cole Lauterbach is a managing editor for The Center Square covering the western United States. For more than a decade, Cole has produced award-winning content on both radio and television.