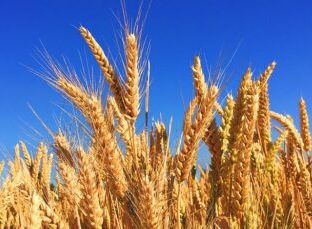 Ukrainian farmers dealing with unimaginable challenges from the Russian invasion are facing even more difficulties as wheat harvest gains steam.

A lack of storage space for crops is backing up the system and putting extreme pressure on prices. Gordie Siebring, who farms and works in the agribusiness industry in Ukraine after moving there from Iowa years ago, discussed the situation with the RFD Radio Network.

“We just don’t have enough storage space for wheat. There’s no place to go with it,” he said. “The wheat is an absolute disaster, price-wise.”

Siebring estimated there are still 18-20 million metric tons of crops in storage in Ukraine from last year’s harvest.

“About half the storage was already full before we started this year’s harvest,” he said. “The ports haven’t opened up and the (European Union) hasn’t done anything to open the western borders.”

There was a 26-mile line of trucks attempting to haul grain across Ukraine’s western border as of July 1. The journey takes at least five days, according to Siebring. The lack of markets combined with the backlog of grain pushed wheat prices so far this harvest to just $1.55 per bushel in Ukraine.

“The bigger problem is the price. It just doesn’t pencil out,” Siebring said. “Guys who put on fertilizer in the spring are getting maybe double the yield. But they’re losing money. They spent about $200 to get the extra $100 of wheat (per hectare). It’s really a strange, upside-down situation.”

“Wheat harvest has started across the south of Ukraine, but it’s very tough,” Siebring said. “Some areas that were fortunate enough to catch a rain are doing OK, but not outstanding. But a lot of areas missed the crucial moisture this winter, so they’re having a tough time of it.”

“This war has been terrible, cost thousands and thousands of lives and destroyed property and families, but it’s not defeated the spirit of the Ukrainian people,” Siebring said. “I find that very encouraging.”

Siebring is fortunate to have on-farm storage to store a good portion of his crops this season. But that option doesn’t exist for many other farmers there, who seem to deal with new, extraordinary challenges every week amid the conflict.

“The past four months a lot of us are just running on adrenaline,” Siebring said.

He’s greatly concerned with more aggressive strikes from the Russian military, which has bombed at least 20 residential areas, a shopping center and resort in recent weeks. Russian missile strikes also knocked out two grain export elevators and one oilseed export terminal in Ukraine.