The transaction has been unanimously approved by the board of directors of Sugar Creek, Tempo Bank and SCU, as well as the approval of Sugar Creek’s stockholders and regulatory approval.

“Tempo Bank represents our expansion into Clinton County, and a significant increase in products and services for local residents,” said Frank Padak (shown), president and chief executive officer of Scott Credit Union.  “Chairman, CEO and CFO Robert J. Stroh Jr.’s leadership has fostered a customer-centric culture that closely aligns with our core values. We look forward to benefiting from the strong foundation he has established going forward.” 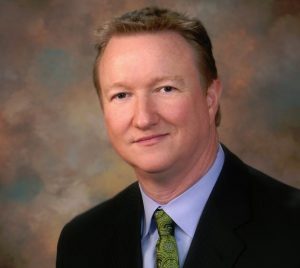 The acquisition of assets includes a main office in Trenton and a branch office in Breese, and increases SCU’s total footprint to 22 locations across the Metro East and St. Louis area.

“The transaction is more than just business. It’s mutually beneficial for Tempo Bank’s customers and Scott Credit Union members alike,” Padak continued.  “We desire to provide close, convenient branch access for those living or working in our service area, and by acquiring locations in Breese and Trenton, Illinois, we will be making a difference for residents of Clinton County.”

Editor’s Note:  Sugar Creek Financial is not being acquired by Scott Credit Union. This story has been revised to clear up an error we made in originally reporting the transaction.