The Federal Home Loan Bank of Chicago welcomed its newly elected officers of the board for 2022-2023. 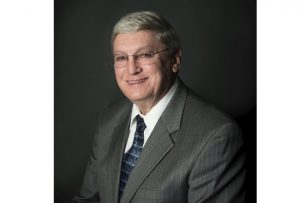 Ashworth is vice chairperson of Carlinville-based CNB Bank & Trust, N.A., which has locations throughout Illinois and in Missouri.

Fazio is co-founder, board chairman and CEO of Commerce State Bank, which opened in 2005. Fazio also serves as a director of the bank’s holding company, Commerce Financial Holdings, Inc. Prior to founding Commerce State Bank, Mr. Fazio led a privately held marketing company from 2002 to 2004, was Director of Corporate Marketing for Metavante (now FIS) from 1998 to 2002, led Personal Trust Administration for M&I Trust Company (now BMO) from 1995 to 1998, and held several management positions with IBM from 1983 to 1995.

John Reinke served the board as chairperson during 2020 and 2021.

The Federal Home Loan Bank of Chicago is one of 11 FHLBs in the USA. It is cooperatively owned by a large majority of member banks, thrifts, credit unions, insurance companies, and community development financial institutions headquartered in Illinois and Wisconsin. The mission of the FHLB system is to provide liquidity for its members through loan advances, and to support the country’s housing market and economic development through its community investment programs.

The board of directors at FHLBC is comprised of 10 member directors, six of whom are from Illinois institutions, and four from Wisconsin; and eight independent directors from organizations that support the nation’s housing industry.