Recently appointed Madison County Circuit Judge Amy Sholar, who will be running for election in November 2022, announced this week that she has permanently declined joining the Illinois Judge’s Retirement Pension System.

Retired Illinois judges have an average pension of around $146,000 annually. Sholar said she made the decision to avoid dipping into the already debt-ridden state pension program unnecessarily. 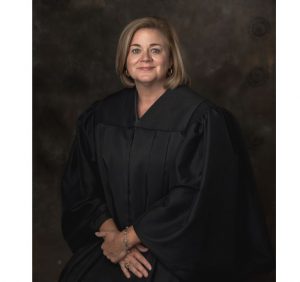 “I wanted to send a clear message that I accepted the appointment as Madison County Circuit Court Judge to help people and interpret the law fairly for everyone,” said Sholar. “I know that everyone may not understand this decision, but it’s a matter of principle. It’s no secret that we have a pension system in Illinois that is clearly broken and anything that I can do as an individual to help not be a burden on that system, felt like the responsible thing to do.”

Sholar’s announcement cites the decision by S&P Global Ratings, which adjusted Illinois’ bond rating for the first time in 25 years, but with harsh criticism of how Illinois handles its public pension funds. Illinois’ pension crisis has been rated the worst in the nation, measured by pension debt relative to state gross domestic product, since fiscal year 2014. Illinois reportedly owes roughly $144.2 billion in net pension debt and that number is estimated to continue rising due to state population decline and increasing costs for benefits.

Earlier this year, Supreme Court Justice David Overstreet appointed Sholar, of Alton, to fill a vacancy in the 3rd Judicial Circuit. It was the first appointment of a Republican woman to the local judiciary.

The 3rd Judicial Circuit includes both Madison and Bond counties.

Sholar was the founding partner of Sholar Stephan Law, where she primarily focused on matters of domestic litigation. Before opening her own law firm, Sholar served as planning coordinator for the City of Alton. She earned her Bachelor of Arts degree from Southern Illinois University and her Juris Doctor from Saint Louis University School of Law.