One of Alton’s best-known restaurateurs, Anthony V. “Tony” Ventimiglia, has died. He was 97. 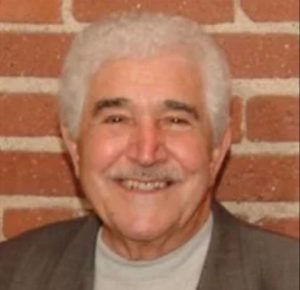 Tony and his father Leo founded Midtown Restaurant in Alton in the early 1940s. Tony and his wife Edie went on to open Tony’s Restaurant in Downtown Alton in 1954 where he worked until the time of his retirement. The restaurant relocated to the corner of Ninth and Piasa streets in early 2020.

Born Nov. 4, 1923, in Alton, he was the son of Leonardo and Catherine (Pinta) Ventimiglia. He  attended Catholic schools in Alton and was a member of St. Mary’s Catholic Church in Alton. On April 15, 1944, he married the former Edith Ford at St. Patrick’s Church in Alton. She survives.

Along with his parents, he was preceded in death by a son, Leonard Ventimiglia and three sisters, Mary Long, Jo-Kay Butkovich and Anne Yeck. Visitation will be from 10:30 a.m. until time of funeral Mass at noon Thursday, Aug. 12, 2021 at St. Mary’s Catholic Church in Alton. Burial will be at Valhalla Memorial Park in Godfrey. Memorials may be made to St. Mary’s Catholic Church in Alton. Gent Funeral Home in Alton is in charge of arrangements. Online guestbook and information may be found at www.gentfuneralhome.com