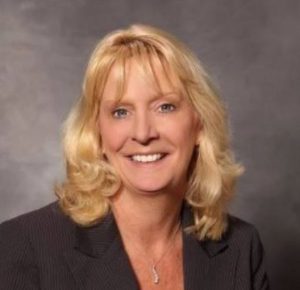 Schuette (left) is an associate judge in the Family Division in the 3rd Judicial Circuit, Madison County. She served as the presiding supervising judge of the Family Division from October 2017 to May 2021. She was appointed to the bench in October of 2015. Prior to her appointment on the bench, she practiced law for more than 25 years. She had her own practice, Schuette Law Office, in Edwardsville for 22 years. During that time, she was a guardian ad litem and mediator in hundreds of cases and served as an arbitrator.

She attended the University of Puget Sound School of Law in Tacoma, Wash., and obtained her undergraduate degree from Southern Illinois University in Edwardsville. 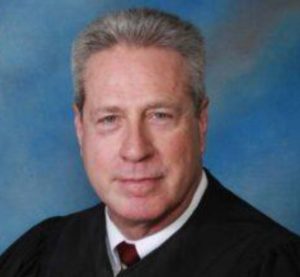 McGraw is an adjunct instructor at Rockford University and Judson University. He is a regular instructor for the Illinois Appellate Prosecutor’s Trial Advocacy Program, a previous ED CON instructor on Post-Conviction Petitions and Extended Media Coverage in the court, and a current ED CON instructor on Administrative Issues for Supervising and Presiding Judges, Deliberative Decision Making, and Human Trafficking. He is a former faculty member of the Illinois Supreme Court Committee on Capital Litigation.

McGraw is currently working to develop a multidisciplinary approach to combat human trafficking in Illinois courts.

Judge Kathy Bradshaw-Elliott was the chairperson of the Illinois Family Violence Coordinating Council Steering Committee from October 2014 to May 2021.

The Illinois Family Violence Coordinating Councils, at both the state and local/circuit levels, provide a forum to improve the institutional, professional and community response to family violence including intimate partner abuse, child abuse, teen dating violence, and abuse against older adults and people with disabilities. Councils provide professional education and prevention; coordinate interventions and services for victims and perpetrators; and contribute to both the improvement of the legal system and the administration of justice.