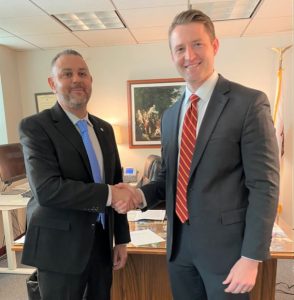 “Chris Warren is a true public servant and brings a wealth of law enforcement knowledge and experience to the State’s Attorney’s Office,” Haine said. “His personal story is an example of resiliency and toughness that is inspiring to all. The citizens of Madison County will be well-served by the addition of Chris to our office’s investigative team.”

Warren retired from the Collinsville Police Department in October of 2020 after a 20-year career in law enforcement. He joined the Collinsville Police Department in 2008, where he served as a patrol officer and detective. In addition, he was a member of the Major Case Squad of Greater St. Louis and Child Death Task Force. He also served as a firearms instructor, active shooter instructor, and sex offender compliance officer.