Michael McManus, president of Memorial Hospital has been elected to the Illinois Health and Hospital Association’s 2021 Board of Trustees.  The Board of Trustees is the policymaking body for the Association, which represents more than 200 hospitals and nearly 40 health systems across Illinois.  McManus will serve a three-year term that began Jan. 1, 2021. 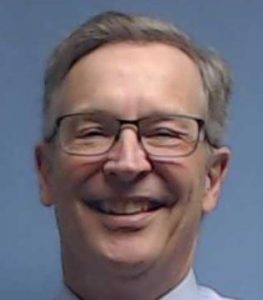 He currently serves on the board of the Esquiline Center at the Shrine of our Lady of the Snows and is a member of the Leadership Council of Southwestern Illinois. McManus is past chair of the Saint Louis Metropolitan Hospital Council and has served on various Saints Peter and Paul Catholic Church boards and committees, as well as past chair/member of the Gibault High School board and 2019 Greater Belleville Chamber of Commerce Board chair.  He is also a fellow of the American College of Healthcare Executives.

Memorial is integrated with BJC HealthCare, which has annual net revenues of $5 billion and more than 31,000 employees in the greater St. Louis, Southern Illinois, and mid-Missouri regions.

Memorial Hospital has campuses in Belleville and Shiloh.