The St. Louis region’s port system, home to a 15-mile section of the Mississippi River known as the Ag Coast of America, is now ranked second for total inland port tonnage in the United States.

The climb from the third ranking into second was revealed in the latest data available (the 2018 rankings) from the U.S. Army Corps of Engineers, which shows the St. Louis region’s port system handled 37.4 million tons of commodities over the course of the year, a 13.2 percent year-over-year increase.

And, even in the midst of the COVID-19 pandemic, Dennis Wilmsmeyer, executive director of America’s Central Port, says the operators at his facility continue to handle a tremendous volume.

“It has been business as usual with a tremendous amount of freight still moving to and through the St. Louis area. Everyone has heightened awareness of the need to reduce potential exposure to the virus and are limiting any close contact with other workers, but the food stock and freight continue to move,” said Wilmsmeyer. 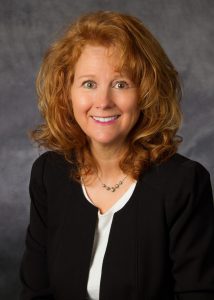 The activity is occurring in a port system that also is recognized as the most efficient inland port district in the nation in terms of tons moved per river mile. During 2018, the St. Louis region’s barge industry handled more than 534,000 tons per mile along the 70 miles that make up the port system, while the 15-mile stretch of the Mississippi River that flows through Southwestern Illinois and Eastern Missouri maintained the second highest concentration of port facilities per mile of all inland ports.

“For you as a region to come up to No. 2 for total tonnage is a real accomplishment, but it’s not surprising as St. Louis has been gaining for a while,” said Ken Eriksen, senior vice president with IHS Markit, a world leader in critical information, analytics and solutions for the major industries and markets that drive economies worldwide.

Eriksen says there are several contributors to the positive trends for the region, among them the fact that the Panama Canal is the only set of locks standing between St. Louis and Asia. He also highlighted the deeper draughts that allow for barges to be loaded heavy, rail access in the region from both sides of Mississippi River, the presence of six Class I railroads, the surplus supply of grain available and the available supply of corn that can come to the river all the way from Minneapolis. He adds there is also growing demand from Indonesia, Vietnam and Thailand that want to source from the Mississippi River system, which is recognized for better soybeans with higher protein and better oil quality.

“The St. Louis region has become a vital spot on the map from the grain perspective,” Eriksen said.

Brett Caplice, vice president and general manager, North American Grain for Bunge, added, “With big levees, lots of water and good dredging, the St. Louis harbor is able to stay open longer during periods of high water when compared to facilities further down river that don’t have as much ability to deal with flood-like conditions. Bunge shifts more grain here in times of high water due to the strength of the levees and road systems.”

SCF Marine Inc., has a joint venture with Bunge to operate Bunge SCF Grain in Fairmont City and provides integrated logistics and barge transportation services on the U.S. Inland Waterways as well as in South America. At its operations in the St. Louis Port District, SCF Marine Inc. is seeing firsthand the impact of the growing volumes of commodities contributing to the rise in rankings.

“The increased demand for transload capacity resulted in increased operational hours, demand for barges, and labor needs,” said Tim Power, president of SCF Marine Inc. “Because St. Louis is an important intersection point for all Class I railroads, multiple interstate highways and the river transportation system, we are able to pull grain from surplus regions in the west and north, funneling grain to the river system via our ports.”

Currently, 50 percent of U.S. crops and livestock are produced within a 500-mile radius of the St. Louis region, including approximately 80 percent of corn and soybean acreage.

It’s St. Louis’ location in the heart of agriculture production that led Bunge, a leading agribusiness and food ingredient company, to move its global headquarters to St. Louis from White Plains, N.Y.

“While St. Louis is already an important hub for Bunge and our current North American operations, the city is also home to a number of food, agriculture, animal health and plant science organizations and customers,” said Greg Heckman, Bunge’s chief executive officer. “Moving the global headquarters to a location where Bunge has a major business presence is a big step forward in shifting the company’s operating model to align around a more efficient, streamlined global business structure.”

“In addition to being in the heart of all that production, our region is a world leader in agtech,” said Mary Lamie (shown), executive vice president of Multi Modal Enterprises at Bi-State Development and head of the St. Louis Regional Freightway. “When we combine those assets with our world class freight network’s capability to efficiently move goods across the globe, the St. Louis region emerges as a global leader in food production and distribution helping to feed the world.”

This story is part of a special section dedicated to the St. Louis Regional Freightway that appears in the May issue of the Illinois Business Journal, which covers the business of Southwestern Illinois. Go to Current Edition archives for the entire section.