The city plans to develop the Ralph and Josephine Oltmann Community Center for residents in the existing space. The Oltmann family were longtime owners of the FNB bank acquired this year by Associated Bank. 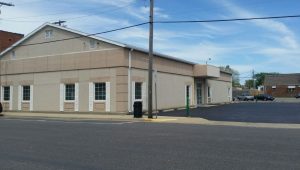 “Associated Bank has a proud history of serving the communities where they live and work, dating back to 1861, much like that of the former FNB,” said Gina Lotter, community markets operations director with Associated Bank, previously with FNB in Staunton.

The building and land are assessed at $46,000. Associated will sell to the city for $1.

“The City of Staunton is appreciative of this gift from Associated Bank and the opportunities the building will provide for the community and downtown area in the near future,” said Staunton Mayor Craig Neuhaus.

The building was purchased by FNB in 2010 and has been used as a loan processing and training center. Associated acquired the building with the purchase of FNB on Feb. 14.

Details on the community center will be shared at a later date.