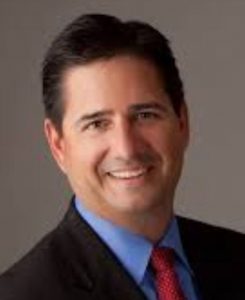 Costello lives in Smithton with his wife Lori and their three children.

“With farming playing an important role in his family’s history and a career of public service, there’s no better person to lead the Illinois Department of Agriculture at this time than Jerry Costello,” said Pritzker. “Our agriculture sector drives our state’s economy to the tune of $19 billion every year, and I’m confident that Jerry’s deep experience will bring a steady hand to the department and continue the impressive growth of this vital industry.”

“I’m honored to continue serving the people of Illinois and excited to take the helm at the department I once oversaw in the state legislature,” said Costello, who will serve as acting director of the Illinois Department of Agriculture before his official confirmation by the State Senate. “As a leading producer of soybeans, corn and swine, Illinois is home to the most dedicated farmers in the world, and I look forward to partnering with them to grow our state’s agricultural economy.”

He joins the governor’s cabinet from his position as the director of law enforcement for the Illinois Department of Natural Resources, which he had held since May 2019.

Costello represented the 116th district in the Illinois House of Representatives from 2011 to 2019, during which he served as chair the Agriculture and Conservation committee. He also served on the Pritzker-Stratton Agriculture Transition Committee.

A graduate of Southern Illinois University Carbondale, Costello decided to serve his country by joining the U.S. Army’s 82nd Airborne Division. Not long after signing up, he and his unit saw combat during Operation Desert Storm.

Following his military service in Iraq, Costello returned to Illinois where he became a police officer and started a family. Initially a patrolman, he rose through the ranks and become assistant chief of police. Born and raised in Southern Illinois, his family has a small farm in Franklin County, producing crops and raising cattle.

He is a Democrat, like his father, the longtime, now-retired Congressman Jerry Costello of Belleville.