He brings to Cass nearly three decades of success in lending to faith based organizations, with total loan placements exceeding $5.5 billion.

Most recently, he built and managed the religious lending division of Bank of the West, based in San Francisco, Calif. Under his guidance the past 22 years, the bank originated $4.5 billion in loans to religious organizations coast to coast.

He is a nationally recognized authority on religious institution banking whose credits include the Wall Street Journal, New York Times, Bloomberg, CNN, and the San Francisco Chronicle.

“It is an honor to join an institution with a long history of serving ministries nationwide and where leadership has a sincere commitment to providing Kingdom-oriented support,” said Mikes.

“Mikes’ deep understanding of the nuances of the faith based lending marketplace will be a tremendous asset in growing relationships at Cass,” stated Dempsey. 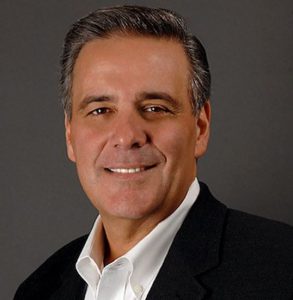 “Our recent acquisition of the on-line giving platform, Gyve Generosity Services, gives Cass Bank a competitive advantage in service to current and prospective faith based and non-profit clients,” noted Dwight D. Erdbruegger, president of the bank.

Founded in 1906 in St. Louis, Cass Commercial Bank is a member of the Federal Reserve and consistently ranks among the top-performing banks in the U.S. It focuses on fulfilling the financial needs of privately held businesses, faith based institutions and other non-profits.

People in Business items are published daily by the Illinois Business Journal, which covers Metro East. Send them to the editor, Dennis Grubaugh, dgrubaugh@ibjonline.com