TriStar, based in St. Louis, was developer of much of the Gateway Commerce Center in Edwardsville and Pontoon Beach.

In his new position, Keselman will analyze markets across the U.S. and participate in the acquisition and development of institutional grade industrial and multifamily properties. 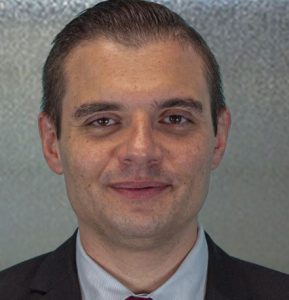 Prior to joining TriStar, Keselman was an asset manager at Twain Financial Partners, a private equity tax syndicator, where he managed millions of dollars in Historic, Low Income Housing and New Market Tax Credits across the U.S.

He has also worked as a senior financial analyst for Intalere, a subsidiary of Intermountain Healthcare, and in the corporate property and real estate divisions of the St. Louis City Assessor’s office.

Keselman holds a bachelor’s degree in economics from the University of Missouri-Columbia and a master’s degree in business administration from Washington University.