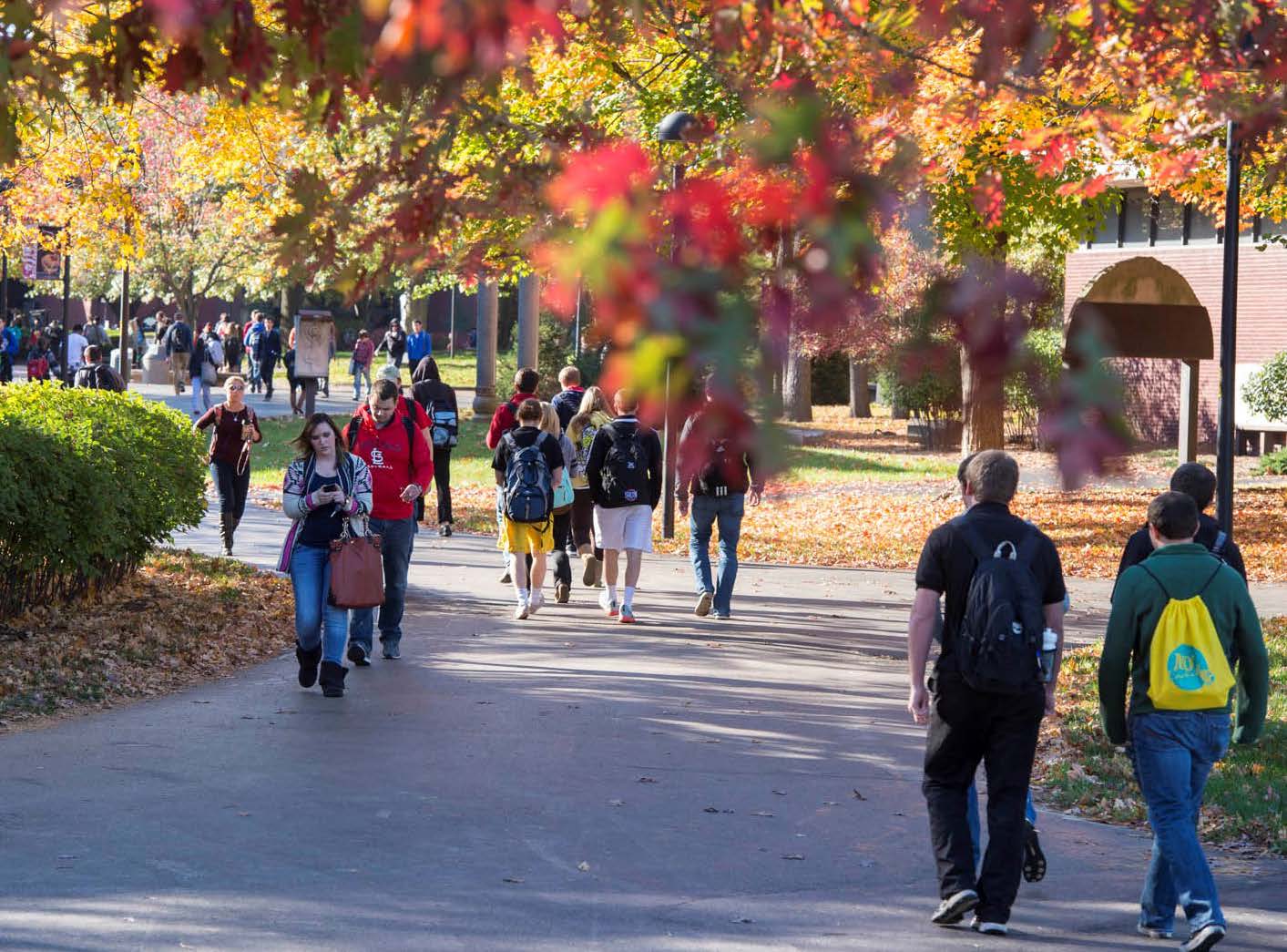 If you were born 18 years ago, your timing was good, according to Scott Belobrajdic, associate vice chancellor for enrollment at Southern Illinois University Edwardsville. Through a combination of federal, state and local grants, qualified students can get the cost of tuition and fees fully covered.
“Students who are eligible for the federal Pell Grant and the Illinois MAP grant are going to bring with them about $11,000 in need-based grants from the state and federal government,” Belobrajdic said. “At SIUE we charge about $12,100 for tuition and fees. So, with the federal and state grants, plus a little more grant money from us, we have a lot of students who are actually attending here without any out-of-pocket expense for tuition and fees.”
Belobrajdic said that the local grant program is just three years old but that they have distributed about $6.3 million to eligible students over those three years.
In recent years Illinois has experienced an outmigration of college students to other states. Belobrajdic attributes that, in part, to the standoff between the governor and the legislature over the state budget. That battle cast a cloud over the MAP grant program, which can be worth as much as $5,000 in tuition assistance. Competing institutions were using that uncertainty to lure students away from Illinois state universities.
“We had numerous families share with us that the instability of the state situation caused them to take other options,” Belobrajdic said. “We have about 800 fewer Illinois students than we had four years ago but we have about 750 additional Missouri students. If we didn’t have this close proximity to the state of Missouri and to the City of St. Louis, our enrollment decline would probably be even more exaggerated than it is.”
The state is now acting aggressively to reverse that outflow. The Illinois Student Assistance Commission recently announced a new Aim High grant program that will match $25 million from the state with $25 million in local institution dollars. It’s a merit-based program aimed at keeping Illinois’ best and brightest home for school. SIUE’s share will be $2.1 million providing an additional $4.2 million in tuition assistance.
“The total budget for the MAP grant program is about $400 million,” Belobrajdic said. “With the Aim High grants, that’s an extra 50 million dollars in aid to students. So, that’s a pretty big investment from the legislature and those dollars will go directly to the students, not into the university’s budget.”
Cost is just one of the considerations when students and families choose a college. They are also focused on the quality of education, and Belobrajdic said SIUE stacks up well with the competition.
“We stress accreditations with our prospective families,” Belobrajdic said. “For example, our business school is accredited by the AACSB (Association to Advance Collegiate Schools of Business). That’s the same accreditation that Washington University and St. Louis University have but they run about $60,000 a year compared to our $12,000.
“Engineering is another one,” Belobrajdic added. “Our engineering school is accredited by ABET (Accreditation Board for Engineering and Technology) the same as the University of Illinois, Washington University and St. Louis University have. Same thing with nursing and education.”
And SIUE supplements its cost and education bona fides with being situated in an inviting and attractive community minutes from all the things that a major metropolitan area has to offer from cultural and social activities to internships and employment.
Belobrajdic says he sees signs of a reversal in the outmigration. He said that they’ve fielded about 6,000 inquiries from high school seniors regarding enrollment in the 2019 fall semester and more than 7,000 inquiries from high school juniors regarding 2020. Both numbers are far above his experience the last few years.
“This is a very good time to be a prospective college student in the state of Illinois,” Belobrajdic said. “There is a lot of competition for talent and more money available than I’ve ever witnessed in all my time working in higher education in Illinois. So, definitely, it’s time for Illinois students to consider staying in state.”