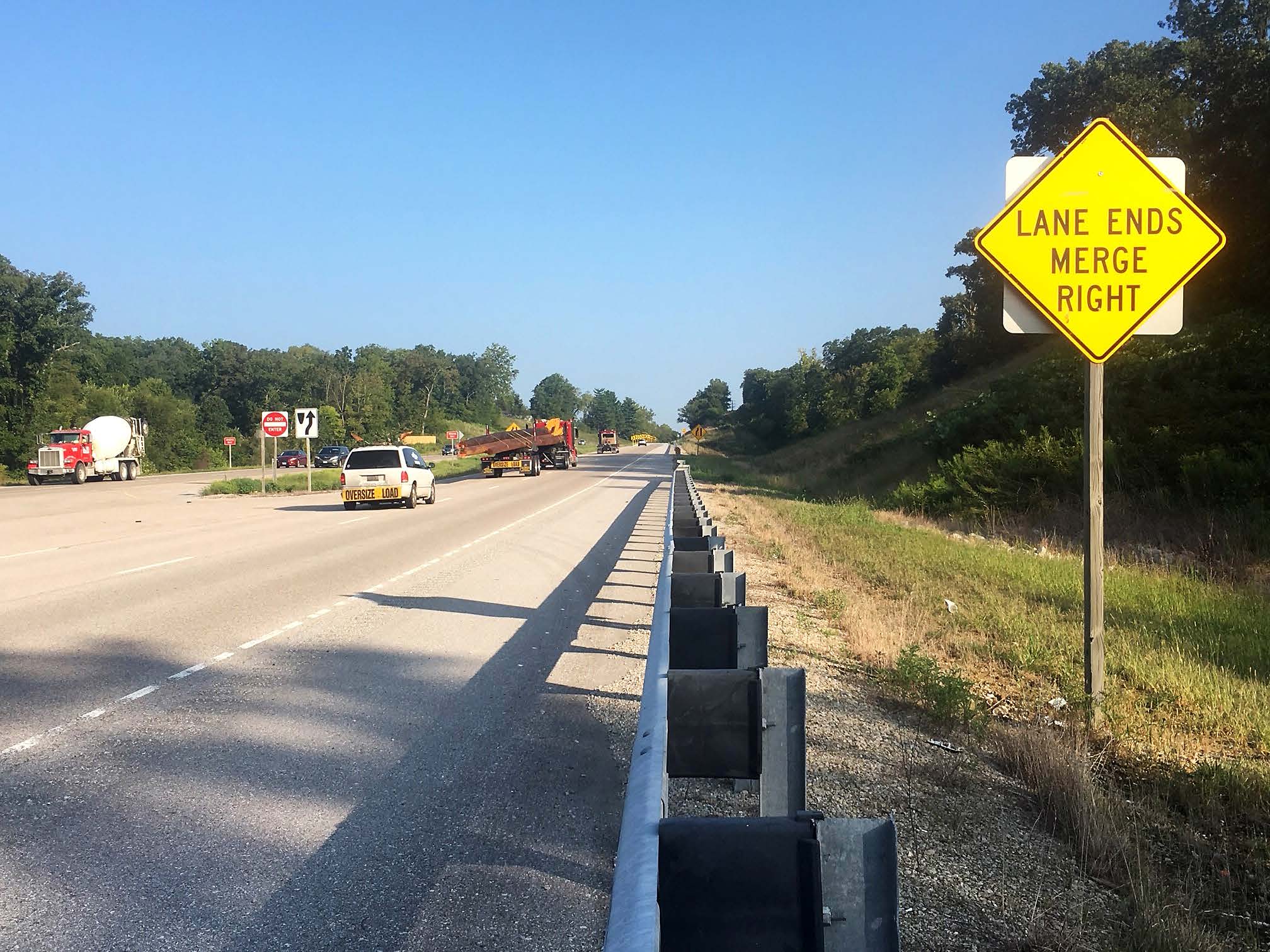 By DENNIS GRUBAUGH
Developers of a half-billion-dollar railroad complex in Jerseyville are squarely behind a regional push to find the last funding to complete a four-lane U.S. 67 from Godfrey to the Quad Cities.
Both the highway and the rail hub are moving ahead independently, but officials leave no doubt about the mutual benefits of getting both done.
A large crowd gathered in Jerseyville in August for the annual meeting of Corridor 67 Inc., a civic organization formed years ago to follow the highway to completion. The last, unfinished portion of the road, more than 40 miles from just north of Godfrey to nearly Scott County, would pass through the heart of Jersey County and run alongside the planned Mid-American International Gateway Business Park. The park is to be located along the Kansas City Southern Rail on 1,400 acres south of Crystal Lake Road in Jersey. The goal is to build a rail and truck shipping hub that would help move cargo between Mexico and Jerseyville and points all around the Midwest.
Developer of the park is Stonemont Financial Group, of Atlanta, Ga. The company CEO and Managing Principal Zach Markwell said the land due diligence phase is complete and the project is moving forward in design. However, potential customers have questions.
“As we’re out talking to the users that are going to be coming to this region, their first question is about understanding the region,” he said. “Their second question is, ‘Can we get our trucks in and out of there?’”
Markwell and others spoke at the annual meeting about the critical need for infrastructure.
A feasibility study showed that the business park and rail services could reach at least 40 million consumers within a short-haul trucking distance.
“That means the entire west-central Illinois area is a mid-America gateway of its own, and that makes the completion of the entire 67 corridor a necessity,” said Shari Albrecht, director of Jerseyville Economic Development Council Inc.
Dozens of entities, at the economic council’s urging, have publicly supported the Illinois Department of Transportation’s pursuit of funding, Albrecht said.
During the meeting, IDOT officials laid out plans to seek new funding sources for highway projects, including forming a new coalition to advocate for greater investment in transportation.
The coalition would be made up of people from business, education, health care, the military and workforce groups, among others.
“They can do a more effective job of telling local legislators, who need to be taking these votes,” Justine Sydello, deputy director of the Illinois Department of Transportation, said.
The coalition would be led by an executive committee that is bipartisan and geographically diverse. She said the state already has commitments to participate from Ed Rust, the former chairman of State Farm, and Doug Oberhelman, the former CEO of Caterpillar. Further, there would be regional teams who would localize the message at their own level.
It is crucial, Sydello said, to generate sustainable revenues.
“Without action at the state level, we will be unable to maintain our existing transportation network, let alone make the strategic expansions,” she said.
The state is now thinking more about what it can do to upgrade its road network through preventative maintenance. That might mean more work on roads that are considered in better condition since it costs less to keep them up. Other roads that are considered serviceable but in poor condition will have to wait on more substantial improvements until new revenue is made available.
All that puts brand new projects further back on the burner.

Getting the necessary money is going to take a grassroots effort from those who have to pay the bill, she said.
“I can say we need $10 billion in new revenue over 10 years just to bring our state’s highways and bridges to a state of good repair,” Sydello said. “My eyes practically glaze over as I tell you that. The numbers are so big they seem meaningless.”
Jeff Keirn, the district engineer for IDOT Region 5 in Collinsville, gave a breakdown of where various sections of the bypass stand along U.S. 67.
– From the Greene/Scott County line to Jerseyville is 27.7 miles. Of that, the portion from the Jerseyville Bypass to Macoupin Creek, about 6.3 miles, is 75 percent complete in engineering but no construction money has been made available.
– The 6.1-mile Jerseyville Bypass planning phase is 75 percent complete. To actually build it will cost about $150 million.
– From south of Jerseyville to the Delhi Bypass (a leg estimated at 4.4 miles), land acquisition will be done between Fiscal Years 2019 and 2024 at a cost of $500,000; and utilities will be relocated for about $900,000 during the same timeframe. Construction is in the $20 million range and the money is not set aside.
– The Delhi Bypass itself (3.15 miles) is 95 percent complete on Phase II engineering and construction is estimated at $23 million. The money is set aside for construction in the multiyear program, but the state has applied for a federal BUILD grant and if it gets it the project could start as soon as 2020.
– The leg south of the Delhi Bypass to Godfrey (a distance of 5.2 miles) was completed in 2013 at a cost of $45.6 million.
– The 20.5-mile leg known as Illinois 255 from Illinois 111 in Godfrey south to Interstate 270 at Pontoon Beach, was completed at a cost of $325 million, with the last of the work done in 2012.
Keirn said the money for land acquisition is important because as property becomes available it can be purchased so that the land is ready when construction money becomes available.
Keirn said the 67 road project is needed regardless of any more development in Jerseyville.
“But it’s hard to justify construction of new lanes when I have so many bridges that have to be worked on,” Keirn said.
Rail park developer Markwell said he has not made much of a public presence in Jerseyville lately but only because he’s been working behind the scenes, trying to push the project forward.
“Things are going well,” he said. “The last three months have been full of due diligence. We had a handful of what we call ‘deal-killer due diligence items’ that could have sidetracked things. I’m happy to report we have cleared all of those hurdles.”
He cited the cooperation of elected officials, transportation officials and neighbors in keeping the project on track.
“We are now head down, fully in design and very excited about the future.” I get the question all the time, “What could go wrong, from here forward?  It’s really the things we can’t control. We’ve covered all the land due diligence but now it comes to infrastructure and roadways. It’s so critical we get the infrastructure we need.” Markwell said.
As an example of cooperation the rail project is getting at all levels, both Markwell and Congressman Rodney Davis, recounted an episode involving a colonel from the U.S. Army Corps of Engineers. Davis said there was a concern about wetlands on the grounds.
“I asked the colonel, ‘When can you come do your preliminary assessment?’ He said, ‘How about now?’”
Markwell added: “I was looking to schedule another meeting to come back in a month, but within 20 minutes, we had eight ATMs side by side out in the middle of a field.”
The wetlands subject was later determined to be no concern, Davis said.
Such is the level of support, Markwell stressed.
“That is exactly why we are here doing this project. People ask me, why Jerseyville, why Southern Illinois. I say put the map away and go meet these folks,” he said.
Tim Carr, a senior sales account executive for KCS, who has been the railroad’s point man in Jerseyville and a big advocate of the business park, said the project makes sense from his company’s view. KCS is the only Class 1 railroad coming north-south out of Mexico and extends no further north than Springfield, no further east than Jerseyville and no further west than Kansas City.
“There is so much production inside of Mexico, as well as consumption, that we are trying to figure out how to bridge the gap from (there) to the Upper Midwest. With the partners that Stonemont has and the businesses that (KCS) has done business with, bringing them all together in a public-private partnership is the key,” Carr said.