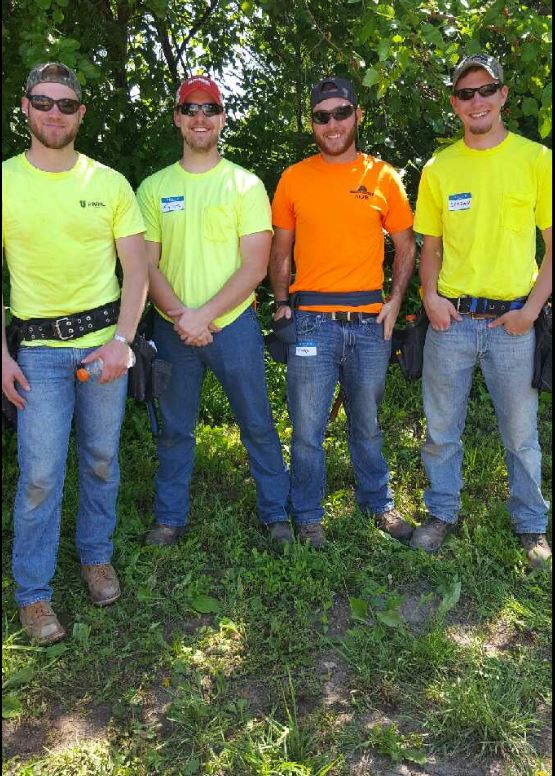 In addition to continued support with Habitat for Humanity projects, four members of the club participated in the East Side Heart and Home Family Center’s Blitz Build on Saturday, May 13, in East St. Louis. They volunteered to assist with the construction of a four-bedroom, approximately 1,200-square-foot house.

“We were looking for an opportunity to help out families in need and make a difference in the community,” said Constructor’s Club President Cody Kruse. “We helped with standing and fastening interior and exterior prefabricated wall panels, which were then plumbed to ensure they were level.”

A second top plate was run over the walls. Tyvek Vapor barrier was wrapped around the house’s exterior. Exterior doors and windows were installed and flashed. Roof trusses were hoisted by a crane and placed on the structure according to the framing plan. Once framed, the roof was prepared for shingle installation.

“Additionally, a portion of the house had siding installed by the end of the day,” Kruse said.

Club members learned of the opportunity to assist through the local chapter of the Associated General Contractors of America, as well as Korte and Luitjohan Contractors.

PHOTO: Participating members from the SIUE Constructor’s Club included construction management majors, from left: Will Zerr, a senior from St. Peters, Mo., Aaron Borrowman, a junior from Rockport, Cody Kruse, a senior from Highland, and Jordan Grant, a senior from Peoria.