The North American Free Trade Agreement was sold as an economic engine that would fuel job creation and wide prosperity for the trading partners. The reality that came to pass was a gutting of the manufacturing base in American, wage suppression for workers on both sides of the borders and an “above the law” system by which multi-national corporations can operate. 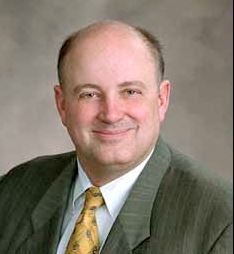 Rewriting the rules of NAFTA can provide more equitable outcomes for working families.

The biggest beneficiaries of NAFTA have been multinational corporations, which have gained by destroying middle class jobs in the U.S. and Canada and replacing them with exploitive, sweatshop jobs in Mexico. With different rules, NAFTA could become a tool to raise wages and working conditions in all three North American countries, rather than lowering them.

NAFTA is the template by which trade policy has been patterned for the past 25 years. It has failed Illinois workers. During the NAFTA-WTO period (1994-2016), Illinois has lost 279,659 manufacturing jobs according to the Bureau of Labor Statistics (www.citizen.org).

Here are some areas that NAFTA should be improved:

• Eliminate the secret Investor State Dispute System: This system run by pro-business trade lawyers gives corporations more influence than citizens. ISDS can challenge local, state and federal laws – enacted to protect workers within their jurisdictions – and award foreign investors vast sums of taxpayer dollars. ISDS does not reflect American values of representation, transparency and fairness.
• Improve the labor and environmental side treaties and add them to the original agreement: These side treaties were created to quiet critics and are basically unenforceable. In order to have a true even playing field, these treaties should be renegotiated, made enforceable and embedded in the new agreement.
• Create rules on currency manipulation that are binding and enforceable: Countries should not be able to manipulate currency values to gain trade advantage. This allows countries to export far more cheaply, pricing U.S. goods out of the market. All trade deals should be upgraded to include rules against such practices and include sanctions for those that practice it.
• Upgrade rules of origin on autos/auto parts: The auto rule of origin should be upgraded to eliminate loopholes and to provide additional incentives to produce in North America. Combined with improved labor standards, this will help create a more robust labor market and help North American workers gain from trade.
• Delete the procurement chapter that undermines “Buy American” laws (Chapter 10): NAFTA requires the U.S. government to treat Canadian and Mexican goods and services as “American” for many purchasing decisions, including purchases by the Departments of Commerce, Defense, Education, Veterans Affairs and Transportation. This means that efforts to create jobs for America’s working families by investing in infrastructure or other projects, including after the great financial crisis of 2008, could be ineffective. This entire chapter should be deleted.
• Upgrade the trade enforcement chapter (Chapter 19): NAFTA allows for a final review of a domestic antidumping or countervailing duty case by a binational panel instead of by a competent domestic court. This rule, omitted from subsequent trade deals, has hampered trade enforcement, hurting U.S. firms and their employees. It should be improved or omitted.

Trade deals like NAFTA should benefit the common good, not just the profit margins of multi-national corporations. Trade policy should raise the standards of workers in all countries, not hasten a race to the bottom. Long-term economic prosperity for the United States will hinge on the consumer power of a vibrant middle class created by good-paying jobs and economic security.

Aligning NAFTA to reflect those values and basing it on the sound principles of strengthening the bottom and middle foundations of an economy makes sense on all levels.