By BRYAN RILEY
One of President Trump’s first actions was to announce plans to fulfill his campaign promise to renegotiate the North American Free Trade Agreement. That goal can be met in ways that expand opportunities for people in Illinois. 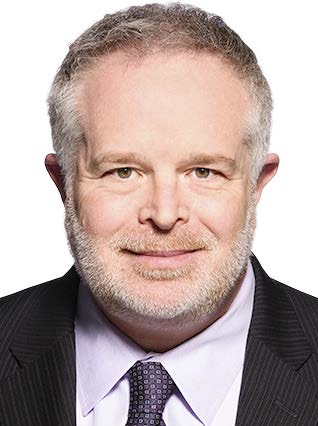 The state’s economy has more than doubled since NAFTA took effect in 1994, and manufacturing output is up by more than 50 percent. On the employment front, the state has added more than a half-million new private-sector jobs, and average compensation per job has increased from about $36,000 per year to nearly $70,000.
But when NAFTA took effect in 1994, Google and Netflix did not exist, and Steve Jobs was more than a decade away from creating the first iPhone. Ninety percent of Americans did not even own a cell phone. Thousands of CompuServe users spent 60 to 90 minutes downloading Aerosmith’s “Head First,” the first new song made available on the internet.
Much has changed since then. According to a McKinsey Global Institute report: “Remarkably, digital flows —which were practically nonexistent just 15 years ago — now exert a larger impact on GDP (gross domestic product) growth than the centuries-old trade in goods.”
In addition, according to a policy paper from eBay: “Small businesses, for the first time in history, are utilizing the Internet and the services built on top of the Internet to go beyond their local consumer base and reach out to the world. These micro-multinationals are able to compete in the global market, while maintaining a local physical presence. The economic and social benefits that are being created as a result of this new trend are astounding.”
These technological advances have had a dramatic impact on the U.S. economy. A 2014 U.S. International Trade Commission study calculated that digital trade increased real U.S. GDP by $517.1 billion to $710.7 billion and boosted U.S. employment by up to 2.4 million jobs.
Many government barriers may interfere with digital transactions, including measures that block cross-border data flows or that mandate the use of domestic servers or content.
In 2015, in response to the growing role of e-commerce and related issues, Congress mandated the inclusion of digitally traded goods and services in U.S. trade negotiations. Modernizing NAFTA to protect digital transactions would be beneficial in its own right, and would also provide a template for future trade agreements.
NAFTA should also be expanded to encompass sectors that were excluded from the original agreement. According to the Federal Register: “The goal of NAFTA is to eliminate all tariff and non-tariff barriers of trade and investment between the United States, Canada and Mexico.” When NAFTA was negotiated, however, some sectors of the economy were exempted from this goal.
Perhaps the most prominent example is Mexico’s energy sector. In 1938, Mexico’s government nationalized the oil industry and expropriated foreign oil assets. NAFTA allowed the government of Mexico to continue to control the exploration and refining of crude oil and natural gas.
But in recent years, Mexico has made major strides to open its energy market. Constitutional reforms enacted by Mexico in 2013 liberalized the oil, natural gas, and energy sectors. These reforms should be locked in and expanded as NAFTA is modernized.
A report by the Americas Society/Council of the Americas concludes: “Increased production will find new export destinations as Canada, the United States, and Mexico reap an energy bonanza. Increased production, lowered costs, and more refined market access will lead to greater competitiveness which can benefit all three nations. Mexico’s energy reforms will benefit North America broadly, by providing an opportunity for North American leaders to develop a fully integrated North American energy sector.”
Finally, renegotiating NAFTA provides an opportunity to fix its biggest flaw: The inclusion of non-trade issues such as environmental and labor regulations in politically motivated “side agreements” that accompanied the trade deal.
In 1993, Rep. Jim Kolbe, R–Ariz., observed: “We should keep in mind that the NAFTA is first and foremost a trade agreement. It is not a labor or environmental pact.” But subsequent trade agreements gradually increased environmental and labor mandates that add to the “managed trade” aspect of international commerce. For example, President Obama called the proposed Trans-Pacific Partnership the “most progressive trade deal in history.”
U.S. trade agreements should be designed to increase economic freedom, not government control. Inclusion of environmental and labor mandates risks turning trade agreements into multinational regulatory arrangements that restrict trade flows instead of freeing them.
Such regulatory deals also obscure the fact that trade is good for workers and for the environment. According to data in The Heritage Foundation’s annual Index of Economic Freedom, countries that are more open to trade have stronger economies and score higher on the global Environmental Performance Index.
The U.S. Trade Representative is committed to an “America First Trade Policy” aimed at encouraging companies to stay in the U.S., create jobs in the U.S., and pay taxes in the U.S. Illinois will benefit if trade negotiators are able to keep the parts of NAFTA that work, modernize NAFTA to take advantage of new technologies, expand NAFTA to encompass sectors that were excluded from the original agreement, and eliminate counterproductive environmental and labor regulations.
Bryan Riley is a full-time advocate for free trade through his research at The Heritage Foundation. He is the Jay Van Andel senior policy analyst in trade policy.