By DENNIS GRUBAUGH
Freight movement is a hot commodity, and Bi-State Development Agency officials are pushing the area’s potential both locally and nationally. 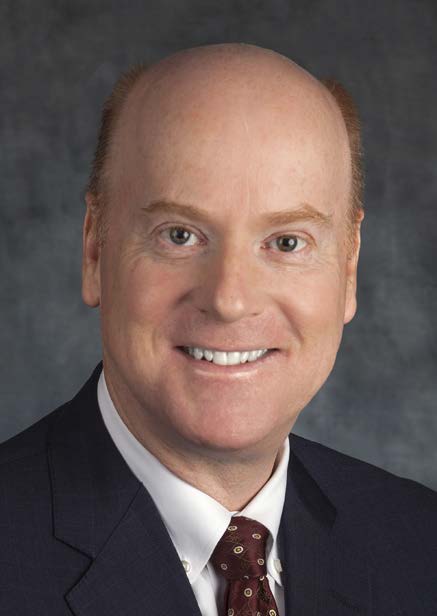 Bi-State’s fledgling St. Louis Regional Freightway, the only entity in the metropolitan area focused solely on the multimodal transportation sector, is quickly building the region’s case as a national logistics hub.
Less than three years since the need for a freight district was suggested by a study of East-West Gateway Council of Governments, the Freightway has moved at a brisk speed under the leadership of Mary Lamie, the executive director who came aboard July 1, 2015.
“We are ahead of our business plan,” said John Nations, president and CEO of Bi-State. “In a short period of time she’s gotten about 75 businesses and individuals coming together to produce an infrastructure list that has support from the bistate region on a bipartisan basis, from the state, federal and local level.”
A new Merchants Bridge is at top of the fix list, followed by a new Interstate 270 River Bridge and widening I-270 from four to six lanes on either side of the Mississippi.
Repairing the aging infrastructure, though, is only one part of the ongoing logistics concern. Efforts continue on a broad front to draw businesses to this market.
“Freight is a sector where St. Louis can excel, but we needed somebody working on it all the time. Mary became our point person and she’s been indefatigable in that regard. She’s advanced that business plan, got 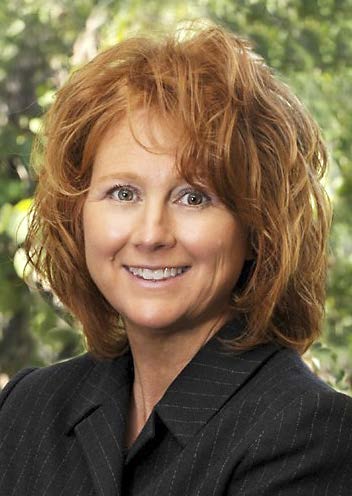 public and private sector partners on board and in 18 months or so has gotten us on the national radar screen,” Nations said. “Our region stands in a very good place to capitalize on the vastly changing logistics and delivery industry.”
Nations and Lamie spoke in a lengthy interview with the Illinois Business Journal, addressing movement on a variety of modal fronts, including rail, river, trucking and air, and the logistics industry that serves them all.
Bistate officials have made the case for support during recent visits to the area by both the federal highway administrator — twice — and the maritime administrator.
“We’re getting tremendous consensus on these issues, which can be a challenge in any community but certainly a challenge where you have multiple states and multiple jurisdictions,” Nations said.
The district works on behalf of Madison, St. Clair and Monroe counties in Illinois, and St. Louis city and St. Louis, Franklin, Jefferson and St. Charles counties in Missouri.
Bi-State was chosen to oversee the Freightway because of its interstate compact and charter. Originally, Bi-State had a five-year plan to roll out the freight district and had multiple points on which to focus: conducting a needs analysis of freight assets in St. Louis; setting up an organization with operational capacity; and finding someone to oversee marketing, programming and planning.
Lamie has made substantial progress on all of those and more.
She put an infrastructure needs list together by talking to dozens of companies and leaders.
“She formed committees, brought people in to look at infrastructure projects. The jurisdictions weighed in … and Merchants Bridge emerged as the No. 1 priority and rightfully so, frankly, which gives you a lot of faith in the process,” Nations said.
More freight moves across the river at St. Louis than anyplace else on the Mississippi River, using the Merchants and MacArthur railroad bridges.
Even the barge industry, a competitor to rail, agrees replacing the 127-year-old Merchants Bridge is the top local priority, Nations said.
Lamie said St. Louis is behind many Midwestern communities that have worked years to build their freight industry. But she feels this area has the best resources.
“When you compare us to peer cities like Kansas City and Memphis and Nashville and you look at their growth rate as it relates to the freight industry, it’s higher than our area. But, if you compare our competitive advantages, none of them can say they’ve got the six Class I railroads, they don’t have the four interstates, they don’t have the strategic location on the Mississippi. However, during the last 10 to 15 years they have been out marketing their regions — and we have not,” she said.
One of the areas where there is serious growth potential, she said, is river shipping. St. Louis’ reputation as a port hub has really grown in the last decade. It is now the nation’s third-largest inland port by tonnage and is the northernmost port on the Mississippi River that is both free of canal locks and ice all year long.
All three of the local ports in the market have container on barge capability, sending items that are not as time sensitive as perishables, such as construction materials, auto parts, tires, outdoor furniture and more.
Some companies want to see St. Louis advance in the container market because of the concern that strikes elsewhere would limit shipping capability.
“It’s interesting how rapidly it’s changing,” Nations said. “Just two years ago, insurance agents were saying that container on barge is not going to happen, it wasn’t feasible. Now they are saying, yeah, it’s going to happen and St. Louis is in a perfect position.”
“We know the opportunities in this region from a freight perspective, focusing on our strategic location on the Mississippi River,” Lamie said. “All of those river terminals that you’ve seen grow just south of the Poplar Street Bridge — American Milling, Nidera, Kinder Morgan — continue to grow at that location.”
To build the case for the local barge industry as a feasible and reliable mode of transportation, the Freightway is increasingly working with the Port of New Orleans, which has welcomed the overture, given the business it can mean to both. Representatives last month signed a memorandum of understanding to mutually promote each other.
“(New Orleans) is trying to reach out to freight forwarders and steamship liners for them to start bringing more of those containers to the Port of New Orleans,” Lamie said. “A lot of times those steamship lines are going right by the Port of New Orleans and to the Port of Savannah (Georgia).”
New Orleans officials say 80 percent of the goods coming in to their port are being dispersed in the Midwest.
“The more successful the Port of New Orleans is, the more successful St. Louis is,” Lamie said.
The Freightway has been working hard to make itself a central point of contact for regional distributors and manufacturing centers by streamlining the often-tedious process faced by real estate brokers and developers who may be interested in the Midwest.
The Freightway’s website (thefreightway.com) features a map with 11, green interactive icons representing the region’s top multimodal transportation hubs. Developers can easily get the facts they want, including contact information for brokers and others. Four of the 11 sites are in Madison or St. Clair county in Illinois.
Lamie said she is in the process of setting up visitors “familiarization tours,” where prospects can see first-hand the resources available.
Lamie has been invited or already made visits to present the case regarding the bistate area to forums around the country. She said her efforts have been well received.
Locally, transportation competitors that were separately working on building their businesses are now sitting at the same table talking about regionalism.
That’s “amazing progress” in the little less than a year since the Freightway was launched, Nations said.