“While sales were softer in October on an annual basis, much of this can be attributed to a typical seasonal slowdown and the chronically low number of homes on the market,” said Illinois Realtors President Doug Carpenter, ABR, AHWD, GRI, SFR of Mokena, managing broker of Coldwell Banker Honig-Bell in Orland Hills. “Given the relatively short time it is taking on average to sell a home, strong market demand might work to a seller’s advantage as we start to close out the year.”

The time it took to sell a home in October averaged 60 days statewide, down from 69 days a year ago.

Geoffrey J.D. Hewings, director of the Regional Economics Applications Laboratory of the University of Illinois said “No doubt that the election contributed to a decline in sales, but prices continue to grow. For the next three months, price growth is anticipated to be a little stronger. Declining supply contributes some uncertainty to sales growth.”

Here are numbers for the Glen Carbon-based Greater Gateway Association of Realtors for October: 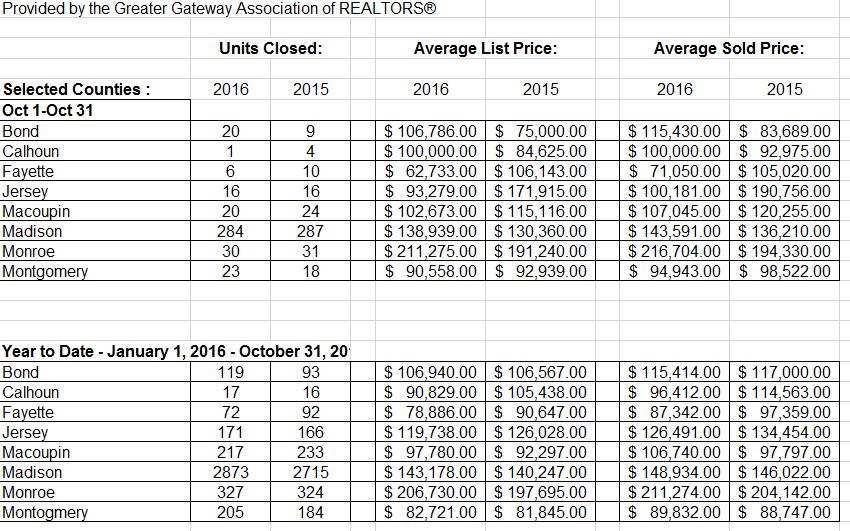