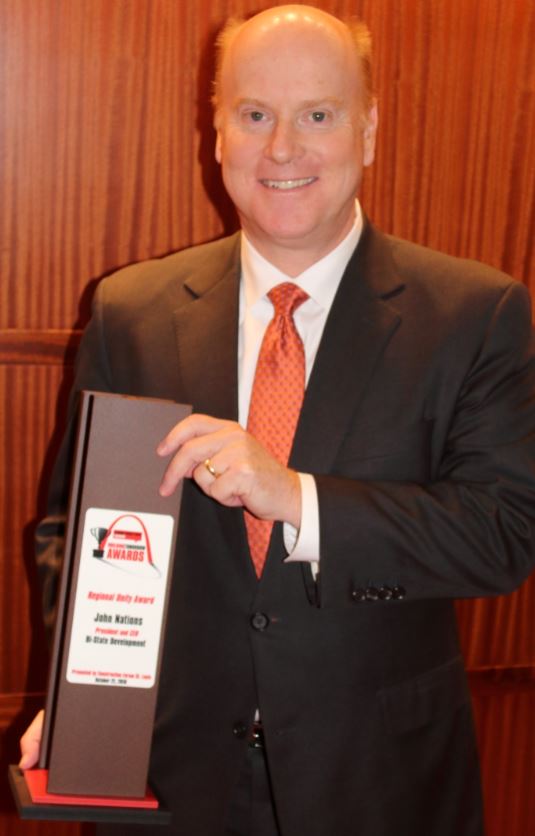 Among Nation’s accomplishments highlighted was his role in leading the effort that resulted in the rebirth of the Chesterfield Valley after the flood of 1993, considered to be a model of TIF development. While in his third term as mayor of Chesterfield, he was enlisted by BSD to lead the 2010 St. Louis County campaign to fund public transportation, and delivered a landslide victory with more than 63 percent of the vote. The campaign has been described as one of the best civic collaborations in 50 years. He was then recruited to head BSD, which has thrived under his leadership.

We welcome news of economic development in and around Southwestern Illinois. Send it to Editor Dennis Grubaugh, dgrubaugh@ibjonline.com