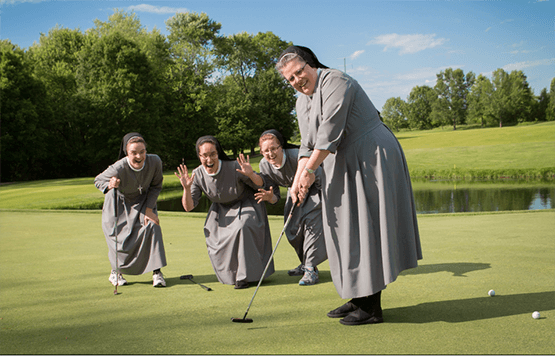 ALTON – A beautiful day and the generosity of the community made for a successful outing at the 16th annual Saint Anthony’s Foundation Annual Charitable Golf Tournament in June. The tournament at Spencer T. Olin Golf Course raised $89,565 for the hospital’s cancer services.

“The community support was definitely felt at this year’s event,” said Lee McRaven, annual fund coordinator for OSF Saint Anthony’s Foundation. “It’s so wonderful to have over 50 businesses and community members supporting the event, and helping to give hope to our family, friends and neighbors fighting cancer.”

During the past 16 years, the golf tournament has raised more than $989,500 for the OSF Saint Anthony’s Cancer Center of Excellence.

Some 36 teams took part.
The following is a list of tournament winners: