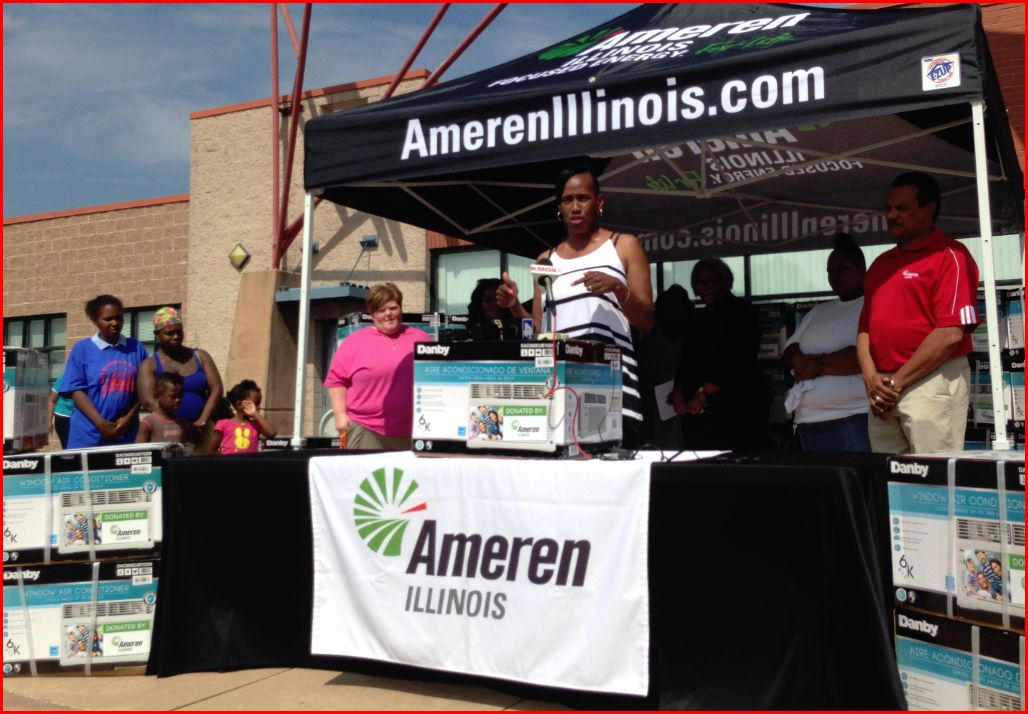 EAST ST. LOUIS – Ameren Illinois is taking the heat off local residents, providing 75 air conditioners to use in East St. Louis and another 60 in nearby Madison County.

Both agencies, which assist low-income families, veterans and the elderly, will distribute the units to qualifying individuals who meet Low Income Home Energy Assistance Program guidelines.

“It’s a wonderful day in East St. Louis, but it is a great day for these 75 recipients,” said East St. Louis Mayor Emeka Jackson-Hicks. “When the summertime heat and humidity goes up, there is only so much a box fan and keeping your windows open can do. Ameren Illinois’ donation is a blessing. It allows us to help individuals and families to stay cool this summer.”

Ameren Illinois is making the donation through its Ameren Cares program, an initiative that connects Ameren Illinois with the communities it serves through charitable giving and volunteering. Since the inception of Ameren Cares in 2013, the program has donated 1,700 air conditioners units to customers.

“The safety of our customers is important to Ameren Illinois. We feel that it is especially important to help individuals and families who are most at risk for exposure to extreme summer temperatures,” said Richard J. Mark, president of Ameren Illinois.
The air conditioners are Energy Star-rated units that meet the strict energy efficiency guidelines set by the U.S. Environmental Protection Agency and Department of Energy.