Yes, decision justified because previous legal test was inconsistent with other workplace laws 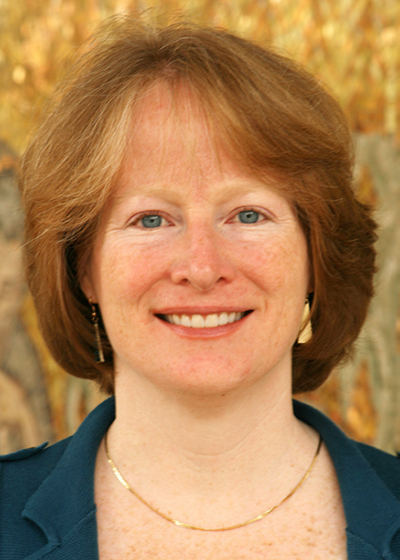 Browning-Ferris Industries operates a recycling facility in Milpitas, Calif. It recycles cans, bottles, plastics and other waste and sells the materials to other businesses. Browning-Ferris employs 60 drivers, represented by the Teamsters union, to haul material in and out of the facility. But the vast majority of employees – 240 workers who perform the arduous task of sorting trash on the lines – are supplied to Browning-Ferris by Leadpoint Business Services, a staffing agency.
In 2014, the recycling line workers decided to form a union to try to improve their terms and conditions of employment collectively. When they petitioned the National Labor Relations Board for an election, the workers named both Leadpoint and Browning-Ferris as their employers, because BFI had significant control over their working conditions. The workers understood that if they wanted a raise, they would need to get it from Browning-Ferris, because BFI’s contract with Leadpoint prohibited Leadpoint from paying workers over a certain rate without approval from BFI. If the workers wanted to slow the line speed to protect against repetitive motion injuries, they knew they needed to negotiate this with Browning-Ferris, because BFI controlled the line speed and production standards. If the workers wanted to talk about hours or shifts, they needed BFI at the bargaining table, because BFI controlled these issues, too.
In August 2015, the NLRB ruled that Browning-Ferris was indeed a joint employer with the staffing agency. The NLRB recognized that to rule otherwise would deny workers like the recycling line workers at Browning-Ferris the ability to join together and meaningfully bargain over their terms and conditions of employment – a right guaranteed by our labor laws. In reaching its decision, the NLRB appropriately adjusted its legal test for finding two employers to be joint employers, because the board’s test had been unjustifiably narrowed over time and was inconsistent with the common law and more restrictive than other workplace laws.
The NLRB’s decision was sensible, justified and important, given the realities of today’s workplaces, where workers are increasingly supplied to employers through temporary and staffing agencies. As the NLRB recognized in its decision, employment in the temporary help industry is growing and expanding into a much wider range of occupations. When jobs get outsourced, workers’ pay and benefits suffer – reduced by as much as 30 percent, according to a report by the National Employment Law Project. Temp workers and contracted workers have a legal right to organize and bargain over their terms and conditions of employment in order to improve their quality of life. Employers like Browning-Ferris shouldn’t be able to have it both ways – they shouldn’t be able to control workers’ pay and work lives but evade responsibility under our labor and employment laws by simply hiring workers from a staffing agency.
The reality is if the Browning-Ferris decision had come out a year earlier, nobody would have batted an eye. The idea that Browning-Ferris is a joint employer with a staffing agency that supplies 80 percent of its workforce – workers who perform the core work at the plant – is really quite unremarkable.
But the Browning-Ferris decision has sparked outrage and outcry from the franchise association and other business groups. Why? In December 2014, the general counsel of the NLRB brought a complaint against McDonald’s, alleging that McDonald’s is a joint employer with some of its franchisees (and jointly responsible for illegally retaliating against workers engaged in protests over pay) due to the degree of control McDonald’s exercises over its franchisee’s operations – a level of control that is atypical among franchise relationships. The case has not yet gone to trial, and a decision is months away. But the franchise association has leapt to the conclusion that all franchisors will be found to be joint employers under the Browning-Ferris test – a dubious claim, given the fact-specific nature of NLRB cases and the uniquely intrusive nature of McDonald’s operations.
Quite simply, Browning-Ferris is controversial because it was decided in the shadow of the Golden Arches.
The objections and protests over Browning-Ferris are misplaced and overblown:
– Browning-Ferris involved a staffing firm, not a franchise relationship. The NLRB was explicit in its decision that it was not making findings about the franchise model. Indeed, four months before Browning-Ferris was decided, the general counsel of the NLRB declined to bring a joint employer complaint against a franchisor, saying it had insufficient control over the terms and conditions of its franchisees’ employees.
– The NLRB did not make up the joint employer rule – it has existed for decades under the NLRA and other labor and employment laws, like wage and hour laws, health and safety laws, and equal employment opportunity laws. If anything, the NLRB’s test for finding two employers to be joint employers is narrower than the tests under these other laws.
– Franchises have operated and thrived while joint employer laws have been on the books. There is no reason to think they won’t continue to do so now. Franchisors can – and do — structure their relationships with franchisees to meet their obligations under numerous laws, and they will continue to do so post-Browning-Ferris.
The NLRB’s Browning-Ferris decision should be applauded, not attacked or reversed. Our laws give workers the right to join together and bargain for a better life. For this to happen, workers need to be able to bargain with all entities that exercise meaningful control over their workplace and their work lives. At a time when employers are increasingly relying on staffing agencies, contracting out, and other arrangements to cut costs, we need to make sure workers’ rights are protected and employers do not exploit these business arrangements to avoid their legal responsibilities to their workers.
Lynn Rhinehart is general counsel of the AFL-CIO